It’s a heartbreaking image of 22-year-old Gabby Petito sitting in a squad car, crying, as her fiancé talks to police, calling her "crazy."

It’s an image that has been shared all over social media with messages of domestic abuse, how to spot it and how to help.

"I think about how alone she was, and I think about what a missed opportunity it was to have simply asked if she was safe and to not recognize that that pattern of violence was there," said Karin Ryan, a licensed psychologist.

We know Petito was killed, her body found in a Wyoming park, how she died, and who killed her is not yet known, although police say her fiancé is a person of interest. Authorities have also said a 911 caller reported Petito was being physically assaulted by her fiancé days before she was killed, and another witness described the couple fighting over what appeared to be a phone. 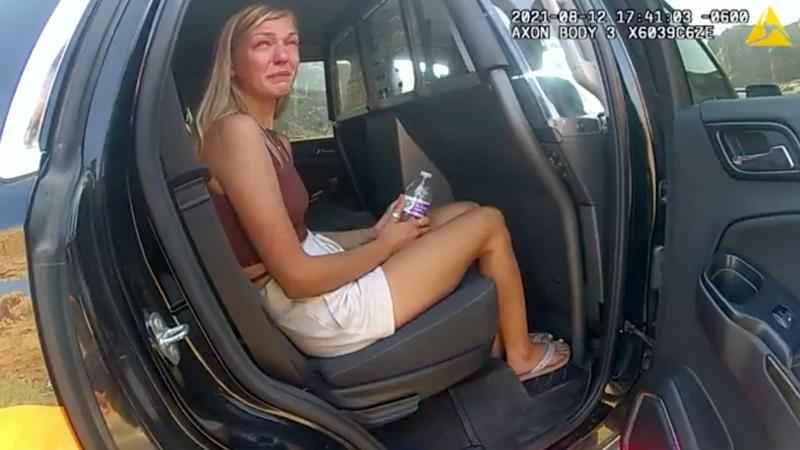 This police camera video provided by The Moab Police Department shows Gabrielle “Gabby” Petito talking to a police officer after police pulled over the van she was traveling in with her boyfriend, Brian Laundrie, near the entrance to Arches National Park on Aug. 12, 2021. The couple was pulled over while they were having an emotional fight. Petito was reported missing by her family a month later and is now the subject of a nationwide search.[The Moab Police Department via AP]

"I think about how scared she was because she probably knew she was going to be in trouble because she had gotten him almost in trouble, and so that piece when the officer is kind of saying, ‘it’s OK, you’re not in trouble,’ my thought was she’s in more trouble than she’s ever been," Ryan added.

"It makes my heart hurt so much for her family, because I know the pain they will endure every single day," Shelly Beissel said.

She lost her sister-in-law, Natalie Beissel, to domestic violence six years ago.

"It’s a huge epidemic, huge, and I am hoping we can realize that and break that cycle of domestic abuse," she said.

It’s why the Beissel family started Love Conquers Violence in honor of Natalie, supporting domestic violence organizations around the country and helping others through Natalie’s story.

"By telling her story, we are opening the door for someone else to share their story, and hopefully get the strength to leave an abusive situation," she said.

Leave before it’s too late.

"What do we all need to be talking about now, what is the conversation? I think the conversation is recognizing this is very tragic but this is not a rare instance, we know one in three women are victims of domestic violence and we’ve got to be willing to watch for these red flags and talk about them when we see them," Ryan added.

If you or someone you love needs help, you can call the National Domestic Violence Hotline at 1-800-799-7233. Violence Free Minnesota also has more hotlines here.