The Derek Chauvin jury-selection process continued for the fifth day on Friday. Only one additional juror was confirmed, totaling the count at seven so far. Five more jurors and two alternates are needed.

A white woman in her 50s was picked for the jury on Friday. The jury now consists of three white men, one white woman, one Black man, one Hispanic man and a multiracial woman.

Friday’s events included multiple delays in recesses, with one being to give time to a juror who reportedly was running late in the morning hours.

The lone juror selected is a single mother with two teenage boys. She works in a nonprofit healthcare advocacy position. She said her initial concern for safety was due to the possibility of her information being leaked in this case but reaffirmed she is willing to go through with being a possible juror. She says she wants to see all the facts presented in front of her in order to make a decision. 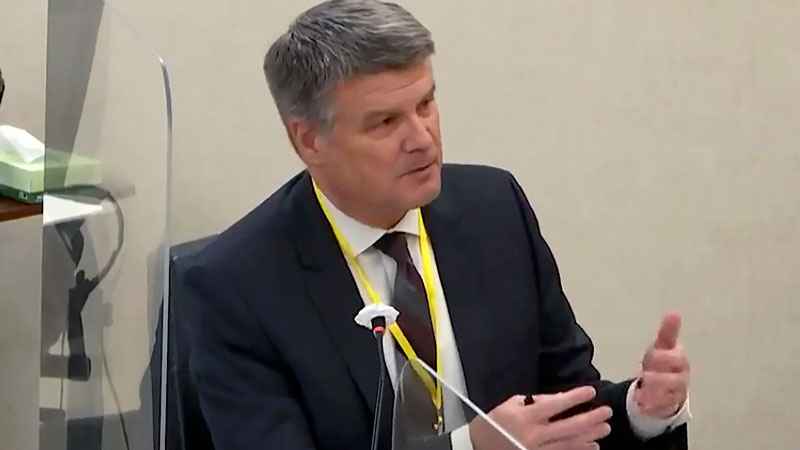 The woman stated she could not watch the entire Floyd video, calling it "emotional." She wrote on the questionnaire that she felt like the officers involved had different levels of culpability. However, she is willing to keep an open mind to what the Minneapolis Police Department’s policies are. She had mixed opinions on the outcome of the protests: She said they brought attention to real issues, but the destruction of businesses was unnecessary.

The woman also told the defense she had a discussion with a coworker, who is Black, about the differences in how white people view law enforcement in comparison to Black people. She said she has gained perspective from that.

The woman told state prosecutor Steve Schleicher she feels empathy for Floyd and the former officers.

"No one wants to take someone’s life — if that is what happened — so that’s where the empathy comes from. I’m sure his death is not something that anyone wanted. I’m sure the intention was there," she said.

She also stated that she has strong views about the use of drugs and further explained that she is "anti-drug." She has a negative opinion of any drug user because "they are making bad decisions."

The juror added she has prior experience with being on a jury.

In other related news, the city of Minneapolis on Friday agreed to pay $27 million to settle a civil lawsuit from George Floyd’s family over his death in police custody. Council members met privately to discuss the settlement, then returned to public session for a unanimous vote in support of the massive payout. It easily surpassed the $20 million the city approved two years ago to the family of a white woman killed by a police officer.

The settlement includes $500,000 for the south Minneapolis neighborhood that includes the 38th and Chicago intersection that has been blocked by barricades since his death, with a massive metal sculpture and murals in his honor. The city didn’t immediately say how that money would be spent. Floyd’s family filed the federal civil rights lawsuit in July against the city, Chauvin and the three other fired officers charged in his death. It alleged the officers violated Floyd’s rights when they restrained him and that the city allowed a culture of excessive force, racism and impunity to flourish in its police force.

In 2019, Minneapolis agreed to pay $20 million to the family of Justine Ruszczyk Damond, an unarmed woman who was shot by an officer after she called 911 to report hearing a possible crime happening behind her home, to settle her family’s civil rights lawsuit. Damond was white.

It wasn’t immediately clear how the settlement might affect the trial or the jury now being seated to hear it. Ted Sampsell-Jones, a criminal law expert at the Mitchell Hamline School of Law, said it’s additional pretrial publicity that is "bad for the defense" and could lead some jurors to think guilt has already been decided.

"However, this ultimately should not affect the criminal case," Sampsell-Jones said. "There has already been a ton of pretrial publicity — some of it bad for the prosecution, some of it bad for the defense. All we can do is hope that the jurors will follow Judge Cahill’s instructions and decide the case based solely on the evidence presented at trial."