On Tuesday, the 15th and final juror was seated for the trial of Derek Chauvin, the former Minneapolis police officer who faces second-degree and third-degree murder as well as manslaughter charges in the death of George Floyd.

Opening statements will begin on Monday, March 29. The jury selection process was wrapped up after over two weeks of questioning. It was complicated by worldwide attention to Floyd’s death, even before the city of Minneapolis announced a $27 million settlement with his family early in the process.

Attorneys and the judge worked through more than 100 people, dismissing most because they acknowledged strong views about the encounter, which was captured on bystander video.

The panel now includes 15 jurors. Twelve will deliberate, with two alternates; Hennepin County Judge Peter Cahill has said he will excuse the extra juror when opening statements begin on Monday if the 14 others still are able to serve. The jury consists of six white women, three white men, three Black men, one Black woman and two multiracial women. Ages of the jurors range from the 20s to 60s. 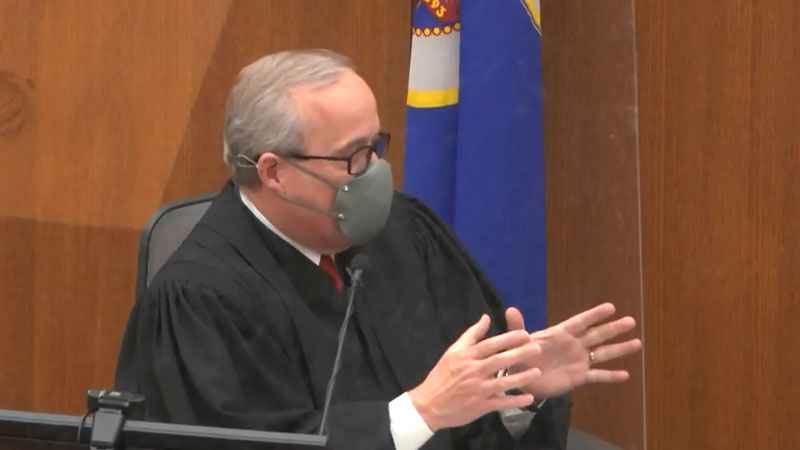 State vs. Chauvin trial Day 12: Final juror selected, opening statements to be made on Monday

Juror No. 131 is an accountant who is married and has a puppy at home. He describes himself as a competitive person who likes to follow sports. He also noted he will be moving out of the state at the end of May. He said he was "shocked" to find out he was summoned for jury duty relating to this trial. He is described to be a white man in his 20s.

He said he believes the duration Chauvin had his knee on Floyd’s neck was "unnecessary." He also said he believes it shouldn’t have taken four officers to respond to the original call. The man said he has not posted any opinions on his social media regarding the incident, however, he has discussed with coworkers what he could do personally and what they could do as an organization to help end racism.

He said Floyd’s death sparked discussions about racism at work, and he decided to educate himself by reading a book about the subject.

"They provide a service to our society… If we’re talking about shifting funds, then that’s a conversation to have, but cutting funding is not something I would support," he said, further stating they are an "essential" part of our communities.

He also said people shouldn’t kneel for the national anthem, adding that he prefers a different method for some to get their message across. In regards to the rioting and looting, he said Black Lives Matter was a contributing factor to it.

He said there are two different sides of Blue Lives Matter people: those who are using it as an excuse to argue, and those who are willing to change and improve things.

Several other potential jurors were dismissed earlier in the day, including a former truck driver who called a movement to defund the police "lunacy" and said he would likely believe police officers over citizens. Others dismissed included a woman who said she feared for her safety if chosen for the panel and a man who said he couldn’t be impartial.

The defense frequently struck people who told the court they already had strong feelings about Chauvin’s guilt. The prosecution frequently used its allotted challenges against potential jurors who were not just supportive of police but said they would favor their testimony over others. They also sought to block potential jurors who were critical or doubtful about the Black Lives Matter movement.

"I was surprised at how quickly it went," said Diane Wiley, president of the National Jury Project (NJP) Midwest. "It’s a very, very complex situation and I guess that’s partly why I thought maybe it would take a little longer to pick a jury."

The consulting firm NJP helps attorneys develop their litigation strategies, including selecting jurors. Wiley was not involved in Chauvin’s case.

She said she expected more questions about each juror’s work experience and interactions with police. Still, Wiley believes the 15 jurors who were seated seem to have more measured opinions.

"What I was struck by, was the fact that we have a lot of different attitudes and experiences that could go either way, and some of them are within the same person," said Wiley.

"A lot of the jurors had balancing statements," Osler said. "They would say ‘Well I have sympathy for Black Lives Matter but I appreciate the police as well,’ and that’s true of I think most of the people on the jury."

He said the fact that several jurors expressed negative feelings about Chauvin will benefit state prosecutors. Jurors’ occupations could also play a role as they determine whether Chauvin was responsible for Floyd’s death.

"Most notably we have a nurse. A nurse who dealt with overdoses, so you can imagine that the other jurors will turn to her for expertise to interpret questions that come up in the jury room, that’s significant," said Osler.

Both Osler and Wiley warn against reading too much into the jurors’ demographics.

"You can’t just tell just by looking at demographics what a person’s attitudes are going to be," Wiley said. "You can’t say that all white people feel the same, or all Black people, but it is good to have a diversity of experience because that way people will have to discuss and hopefully come to the best decision based on the facts."

With the jury seated, both sides now gear up for opening statements on Monday. Legal experts have said the bystander video – already seen by almost everyone on the jury – is compelling footage but that a conviction is not a slam dunk for prosecutors.

The defense had made clear that they will make an issue of Floyd swallowing drugs before his arrest, seeking to convince the jury that he was at least partially responsible for his death. Defense attorney Eric Nelson won a partial victory during jury selection when Cahill, reconsidering an early ruling, said he would allow some evidence from Floyd’s 2019 arrest in Minneapolis in which he also swallowed drugs. In the 2019 case, paramedics were called to the scene and noted Floyd’s dangerously high blood pressure.

Cahill said he would allow medical evidence of Floyd’s physical reactions, such as his dangerously high blood pressure when he was examined by a paramedic in 2019, and a short clip of an officer’s body camera video. He said Floyd’s "emotional behavior," such as calling out to his mother, won’t be admitted.

The county medical examiner classified Floyd’s death as a homicide in an initial summary that said he "had a cardiopulmonary arrest while being restrained by police." Floyd was declared dead at a hospital 2.5 miles from where he was restrained.

The full report said he died of "cardiopulmonary arrest, complicating law enforcement subdual, restraint, and neck compression." A summary report listed fentanyl intoxication and recent methamphetamine use under "other significant conditions" but not under "cause of death."

Chauvin’s attorney had sought to delay or move Chauvin’s trial over concerns that the settlement approved by the Minneapolis City Council for Floyd’s family had tainted the jury pool. But Cahill last week denied the request, calling the timing "unfortunate" but saying he believed a delay would do nothing to stem the problem of pretrial publicity, and that there’s no place in Minnesota untouched by it.

The judge said he would keep the jury pool in place until opening statements begin in the event that more alternates need to be chosen. Chauvin’s trial is being conducted amid the pandemic, with heightened risk for jurors to fall ill despite social distancing, mask-wearing and plastic shields in the courtroom.

It’s unclear which jurors will be the alternates. Legal experts said it’s almost always the last people chosen, but the court said that wouldn’t necessarily be the case for Chauvin’s jury.

"We are pleased that the jury has been seated and the Chauvin trial can proceed. After hearing the facts, we hope and expect the jury to deliver a just verdict. This is not a hard case. George Floyd had more witnesses to his death than any other person ever — white or Black. We all saw the same thing — the indisputable and unjustified torture and murder by a police officer of a Black man who was handcuffed, restrained and posed no harm. If George Floyd had been white, the facts would be undisputed and justice would be swift. We expect the same for George."