UPDATE: Darnella Frazier, the teen whose recording of George Floyd’s death in police custody went viral last year, said Tuesday that her uncle was killed in a crash involving a Minneapolis police car.

In her post, Frazier said her uncle, Leneal Lamont Frazier, was the man killed in the crash near 41st Street and Lyndale Avenue earlier Tuesday morning.

The Minnesota State Patrol is investigating. 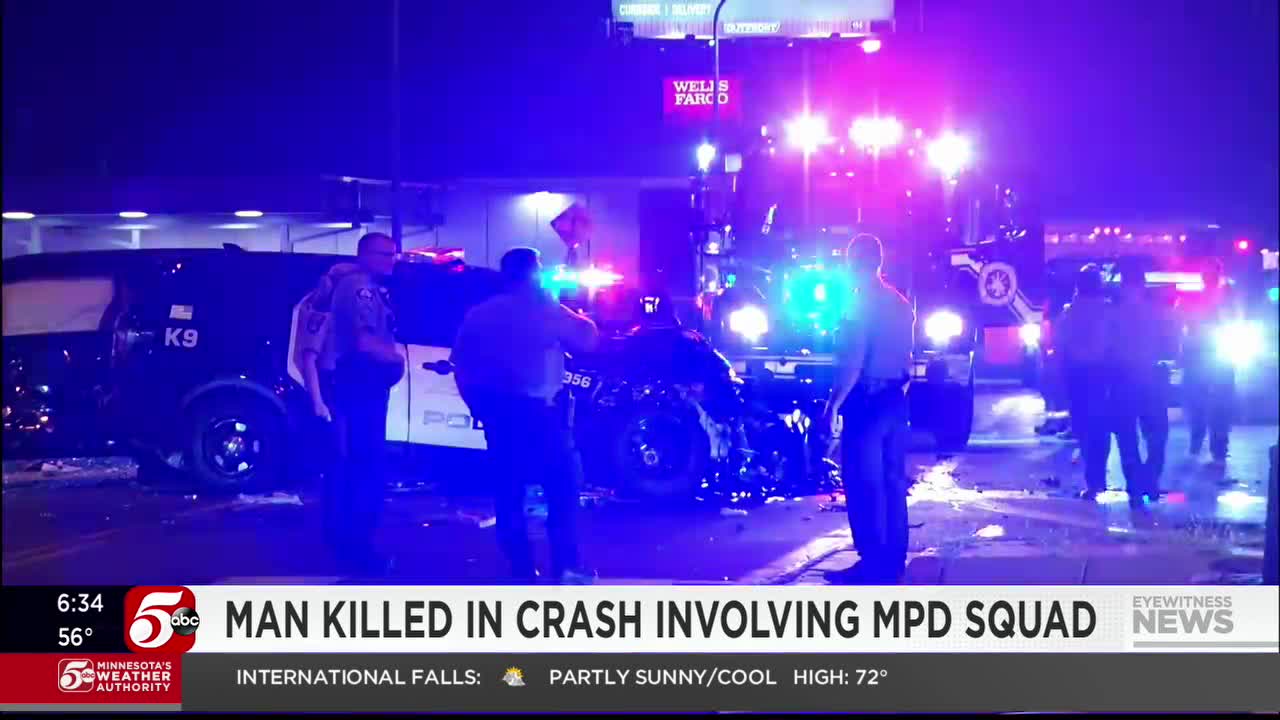 Editor’s Note: This update has been corrected to indicate the location of the crash (41st Street and Lyndale Avenue) versus the location where a carjacked vehicle was found (Sixth Street North and Lowry Avenue).

A person is dead after a three-vehicle crash involving a squad car in north Minneapolis.

According to police, around 12 a.m. Tuesday, an officer found a carjacked vehicle in the area of Sixth Street North and Lowry Avenue. The vehicle had been reportedly seen during multiple business robberies.

The officer attempted to pull the vehicle over, but the driver took off and the officer pursued.

Minneapolis police said as the officer entered the intersection traveling northbound on Lyndale Avenue at 41st Avenue North, he collided with a vehicle that was traveling westbound. A southbound vehicle was also involved in the crash.

The crash left the westbound driver dead and the officer with serious injuries, said police. A K9 was also in the officer’s vehicle and the K9 was not hurt.

MPD spokesperson John Elder tells KSTP that policy states during pursuits that lights and sirens are to be activated when entering an intersection. A preliminary investigation indicates that was the case regarding this incident. Elder added that the Minnesota State Patrol would be conducting a further investigation on it.

The crash is under investigation by the Minnesota State Patrol.