On Kevin Harrison’s son’s birthday, he posted a tweet that has since gone viral.

Daniel’s my son. Profoundly Autistic. Hasn’t one friend. It’s his birthday today. In his ECHP he wrote that his two wishes were to learn to drive and make friends ?? Please wish him a happy birthday. Please show him you care. Please share. ##happybirthday #autism #rt pic.twitter.com/Psu97TSj6g

It goes on to describe an answer Daniel gave on an assignment he had as part of a local health program — a snapshot of the answer is also included in the post.

"His two wishes were to learn to drive and make friends," the tweet continues. "Please wish him a happy birthday. Please show him you care. Please share." 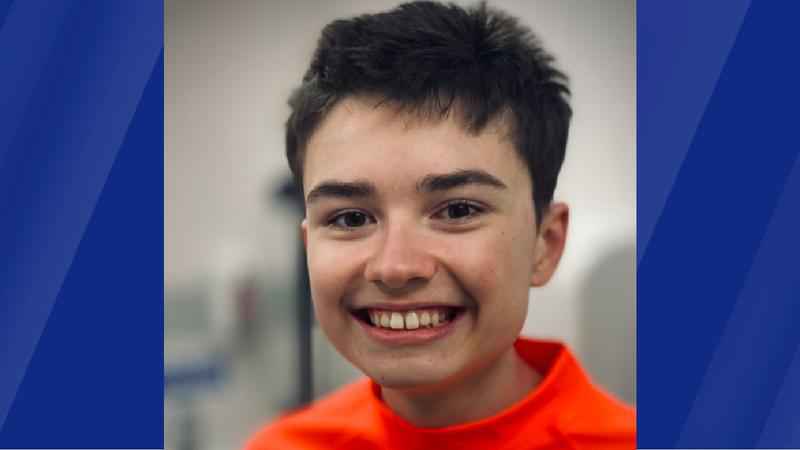 "I can’t begin to explain what it’s been like if I’m honest," Harrison told 5 EYEWITNESS NEWS on a video call from his home in England.

"I went to bed after his birthday and my phone just keep beeping all night and I couldn’t sleep," Harrison added about the outpouring of messages and support.

Some of that support came from complete strangers, to one of the most powerful Jedis, Luke Skywalker — who’s played by actor Mark Hamill –— letting Daniel know the "force" is strong with him.

For my friend Daniel: ?? pic.twitter.com/gBIzuEb9Sk

Now, thanks to dad, Daniel has thousands who consider themselves his friend.

When Harrison and his wife read Daniel’s answers on the assignment, it hit them with deep sorrow. Because Daniel is profoundly autistic, Harrison said they didn’t realize he understood the concept of having a friend yet and were shocked to learn about his loneliness.

"It was a real shock, my wife, I’m not really like my wife, was crying her eyes out, she was really, really upset," Harrison said. "I get upset but I try to channel it into something positive, if that makes sense, by trying to find Daniel some love."

This kind of support is exactly what our local autism warriors at Autism Speaks say they work to promote.

"It is great to see the community, the world actually, kind of reach out to this family and to his young boy," Sanders added. "It was great to see that message of kindness spread."

Through the viral post, countless thank-you messages and numerous interviews, Harrison hopes this leads to others like his son knowing they’re not alone.

"If you’re sitting in your house, and you feel you’re isolated because people don’t understand you, I’m here," Harrison said. "There are millions of people like me around that will just… we’ll always be there," he added.

"You might not see us, and we’re in the shadows, but we’re here … always."

Autism Speaks Minnesota recently had its annual walk – it had to be held virtually, and organizers feel that’s a reason it came up short of its fundraising goal. If you’d like help, you can do so here.