Minneapolis police are investigating a suspected homicide in the city’s Bryant neighborhood.

Multiple squad vehicles could be seen in the area of Fourth Avenue South and 42nd Street East shortly after 6 a.m. Tuesday.

According to Minneapolis police, officers were called to the area on a report of a dead man on the sidewalk. When officers arrived, they found that the man had been shot.

Homicide detectives and forensic scientists have been at the scene since early this morning, collecting evidence.

The Hennepin County Medical Examiner’s Office will publicly release the victim’s name and cause of death at a later time. 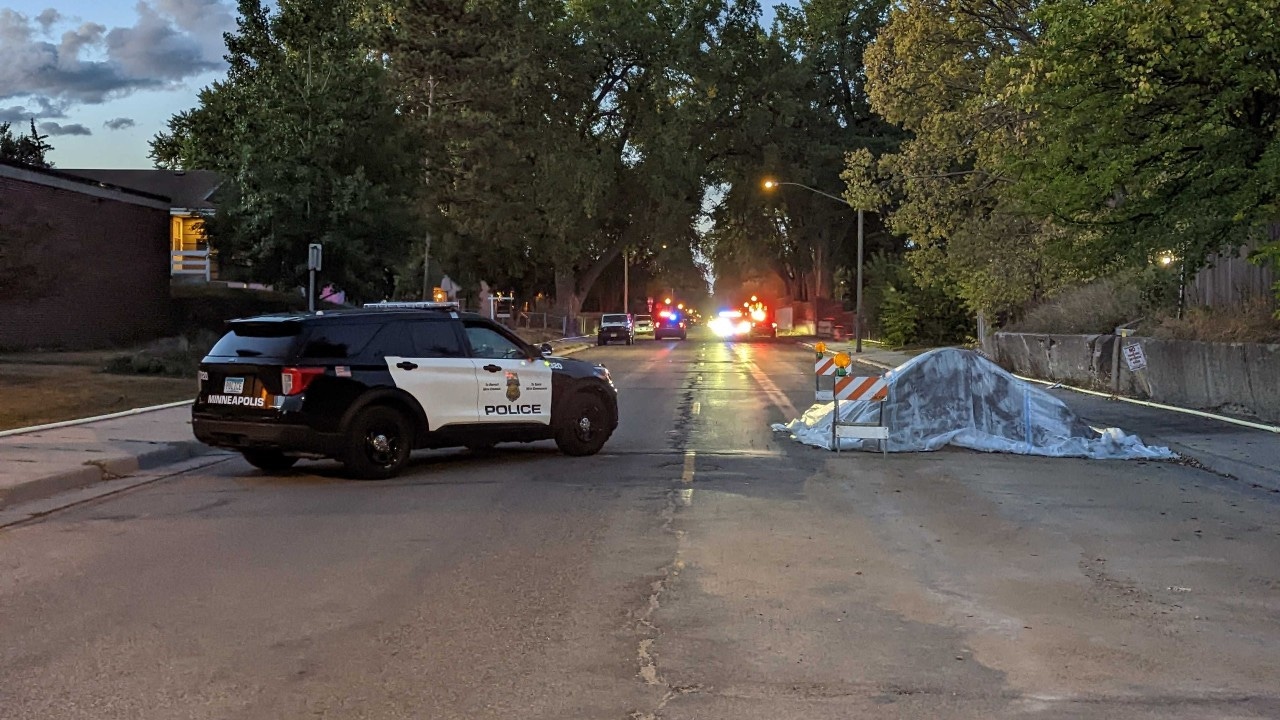 Minneapolis police setting up a crime scene investigation in the city's Bryant neighborhood on the morning of Tuesday, Sept. 27, 2022. Credit: KSTP/Nate Bergeson

It’s the 67th homicide of the year in Minneapolis, according to police.

View KSTP photos from the scene below.