One person is dead and at least six other people were hurt in a series of crashes along a Wisconsin interstate amid sudden whiteout conditions Wednesday, ABC affiliate WISN-TV reported.

According to WISN, there were a reported 20 separate crashes along Interstate 41 near Slinger, Wisconsin, including a pileup involving 48 vehicles.

At least six people were taken to nearby hospitals, WISN reported. Information on how serious their conditions were was not immediately available.

A man who recorded video of the interstate crash on his dash camera said whiteout conditions appeared suddenly. 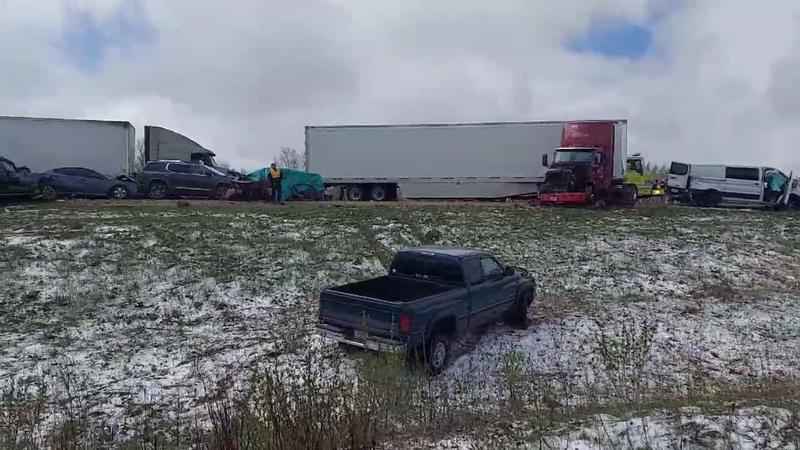 Flight for Life helicopters were called to the scene and multiple fire departments were also responding, WISN reported.