Early in the Derek Chauvin murder case, prosecutors petitioned the court to let jurors hear about a series of incidents involving Derek Chauvin’s time on the force.

The former Minneapolis police officer was convicted this month of murder and manslaughter in the May 25 death of George Floyd.

In the years before the fatal encounter, prosecutors argued Chauvin used force that was "beyond what was reasonably necessary" in a handful of arrests and interactions with the public.

Although the jury in the Chauvin trial never heard about these prior incidents, the details that were released as part of those early court filings provide a window into the kind of evidence that could show systemic policing issues within the department, experts say.

"Really this is about evidence," said Geoffrey Alpert, a professor of criminology and criminal justice at the University of South Carolina. "It’s not about what you think. It isn’t about what you do. It’s about data." 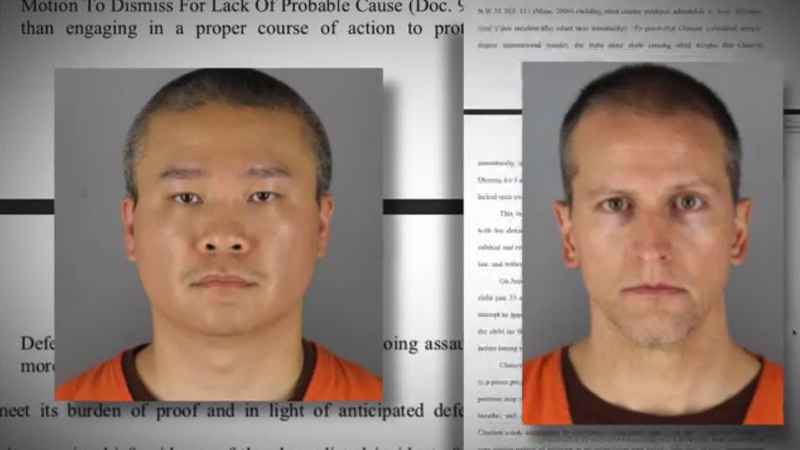 One incident from 2017 is now at the center of a federal criminal investigation, according to ABC News.

According to court filings describing the incident, Chauvin and another Minneapolis police officer were dispatched to a home where a woman claimed she had been attacked by her 14-year-old son and young daughter. After officers entered the home and spoke to the woman, they ordered the son to lie on the ground, but he refused.

Prosecutors were able to review body camera footage of Chauvin using a neck restraint on a 17-year-old Black teenager. The situation, which is described in detail in a court filing, continued to escalate when Chauvin placed the boy in the prone position and kneeled on top of him for nearly 17 minutes, ignoring pleas from the child that he couldn’t breathe.

"Those videos show a far more violent and forceful treatment of this child than Chauvin describes in his report," prosecutor Matthew Frank wrote in his brief.

Alpert, who serves as a court-appointed monitor for the New Orleans Police Department, said that data is often in the form of court proceedings, whether motions filed in a criminal case or as part of civil lawsuits.

Chauvin wasn’t the only focus of prosecutors’ pre-trial motions.

His partner, Tou Thao is also named in a September filing that lays out almost a dozen internal complaints lodged against Thao by supervisors and at least one citizen.

In the court document, prosecutors cite incidents where Thao avoided responding to situations where police were needed. During an investigation into a burglary, the former officer "falsified a police report, claiming that he canvassed the area of a burglary call" when he had not.

On two occasions, according to the filing, Thao "attempted to manipulate a domestic-abuse victim to respond to questions in a manner which would allow Thao to avoid generating a domestic-assault report." The most recent incident resulted in a civilian complaint and a review of the situation by the city’s Office of Police Conduct Review.

Rachel Moran, a former criminal defense attorney and University of St. Thomas law professor, said because most law enforcement discipline and complaint data is private, one of the only ways to make it public is through court filings like these.

"We’re just learning about these complaints for the first time, some of which were filed five or nine years ago, because the state tried to introduce them in the criminal case, but the public has never had access to that information," Moran said.

Judge Peter Cahill ultimately ruled that prosecutors could not use any of the prior incidents involving Thao in the state’s case against him.

"I know why the jury would want to see that, it really seems to speak to who he is as a person in a problematic way and who he is as an officer," Moran said, but added character evidence is not typically allowed in criminal cases.

"I suspect they just sort of came up with their best effort about why they should be allowed to do this. And maybe they just want a public filing, revealing all of this," she said.