A Maple Grove greenhouse is thanking the community for “saving Christmas” after a devastating fire ripped through its buildings.

Lynde Greenhouse and Nursery went up in flames in early October, with 21,000 poinsettia plants inside.

Maple Grove Police Department told 5 EYEWITNESS NEWS they are investigating the fire as arson and have identified three teenage boys as suspects. No arrests have been made yet, as the Juvenile Prosecution Division of the Hennepin County Attorney’s Office reviews possible charges.

“It was just total shock,” said Derek Lynde, president of Lynde Greenhouse and Nursery. “Three buildings were destroyed, including all of our tools. All of our specialty soil handling equipment melted. Our poinsettia crop spent two days taking in all that smoke, two days in the dark, two days without water.”

Lynde said it was devastating for the fifth-generation family business, which has been around for 100 years. 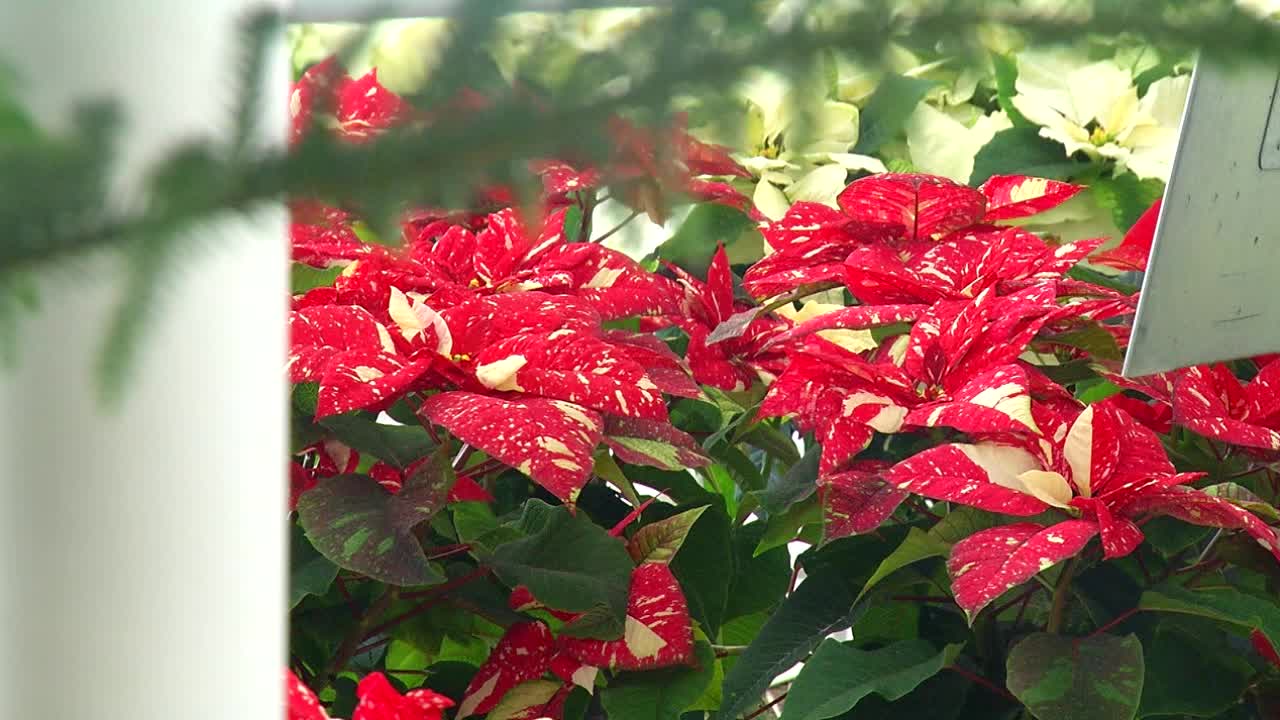 Poinsettia plants are pictured Thursday, Dec. 22, 2022, at Lynde Greenhouse and Nursery in Maple Grove. A fire in October ripped through three of the nursery's greenhouses, threatening their poinsettia crop. (KSTP)

“Something so horrible happens and you don’t realize the good that’s left behind that can come out of it,” Lynde said.

He said the greenhouse put out a call to the community on social media two days after the fire to help them remove all the surviving poinsettias so they could be relocated to another greenhouse immediately.

Lynde said it was critical to get them sheltered somewhere with a water supply since their plumbing was destroyed in the fire.

Green Valley Garden Center in Ramsey, about half an hour away, agreed to take in all of Lynde’s poinsettias for the season.

“It was crazy. Everybody stepped up to help,” Lynde said. “Just an incredible show of support.”

He estimates 300 people showed up to help carry the plants onto trucks the day they were being transported to Green Valley.

“My phone was ringing off the hook with people, just, ‘What can we do to help? What do you need? What supplies do you need?'” said Kate Barnard, customer service representative at Lynde Greenhouse. “They were all just giving us that unconditional love and support so we could know we weren’t alone and we could do this together.”

After growing the poinsettias at Green Valley over the last two months, Lynde Greenhouse has been able to sell almost 16,000 of them this month at their garden center, which was not damaged in the fire.

“If it weren’t for relocating those poinsettias, I’d be closed right now,” Lynde said. “There’s been great support of customers, too, people that are just coming out to buy something, whether or not they really need it. I get a sense that people are trying to help make sure we are here next spring.”

Lynde Greenhouse plans to start rebuilding two greenhouses in the coming weeks, with the hope of reopening by April.

For now, they are thanking the community for stepping in to help save their poinsettia crop in a time of need.

“It is a Christmas miracle, and it just makes us so blessed,” Barnard said.

You can still buy poinsettias and other Christmas plants through Friday at Lynde Greenhouse and Nursery. Visit their website for more information.