Community members and family gathered Wednesday to remember the life of 6-year-old Aniya Allen, who was fatally shot one year ago on Minneapolis’ North Side.

Aniya was sitting in a vehicle eating McDonald’s the afternoon of May 17, 2021, when she was struck by a bullet amid a shootout between rival gangs at the intersection of North 36th and Penn avenues. She died the next day from her injuries.

Activist KG Wilson, Aniya’s grandfather, organized the rally Wednesday at the spot where she was shot and tapped several community leaders to speak at the event to plead for accountability and an end to the violence.

“We are here for an extraordinary, strong, intelligent, beautiful 6-year-old girl who had a bright future ahead of her,” Minneapolis Mayor Jacob Frey said. “We are here because we cannot allow for that future to get cut short for anyone else.” 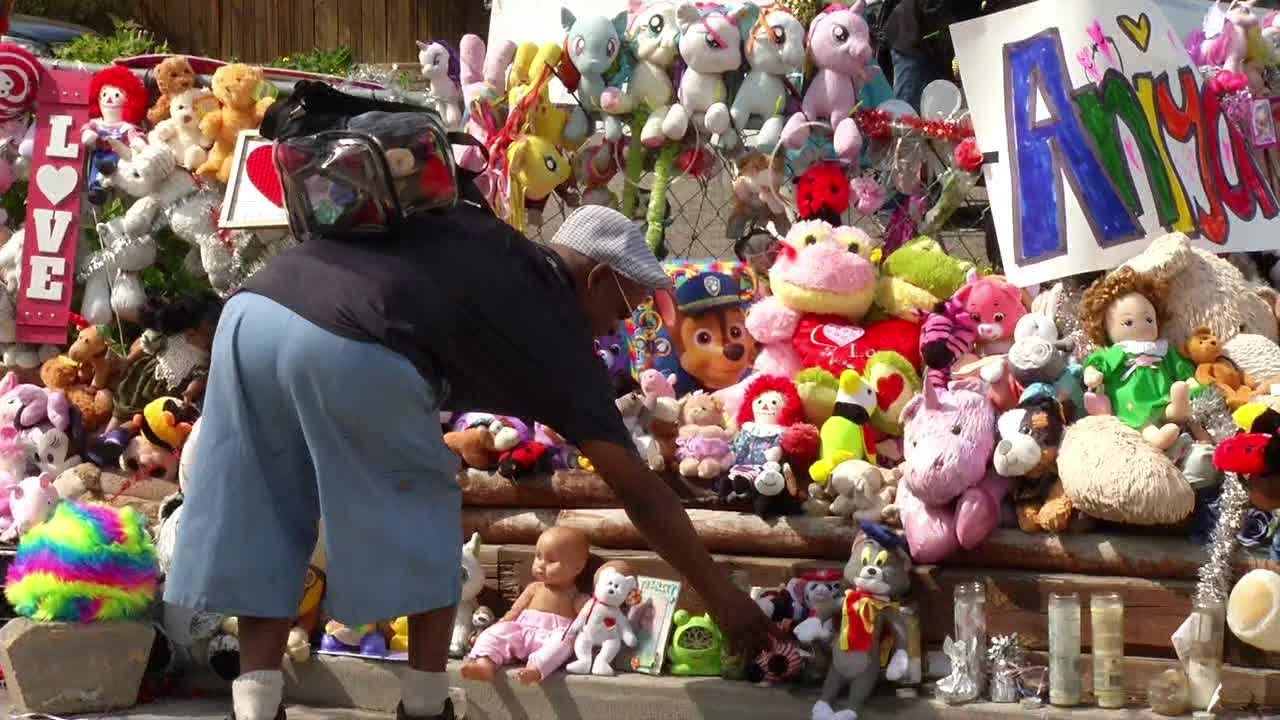 A man places a stuffed animal at a memorial for 9-year-old Aniya Allen on Wednesday, May 18, 2022. Aniya was killed one year ago at the intersection of North 36th and Penn avenues in Minneapolis. (KSTP)

Former Minneapolis City Council Member Don Samuels remarked at the groups in the audience — Minnesota Freedom Fighters, We Push for Peace and A Mother’s Love — that have formed as a reaction to violence in their community.

“These are people who are stepping up and saying, ‘Something bad happened. What I’m going to do is get up and do something about it,'” Samuels said. “And so as you are here today to consider the life and death of little Aniya, I’m hoping that seeing each other in community, sharing this space and sharing the grief, that you might be inspired to do something.”

In an update Wednesday, police said no arrests have been made in Aniya’s homicide investigation.

“We’ve been getting some leads. We need more,” Minneapolis Police Lt. Richard Zimmerman said. “We need more people to call us about what they might know.”

Allen was one of three young children shot in Minneapolis within a month last year.

A man has been charged in the shooting death of 9-year-old Trinity Ottoson-Smith, but still no arrests have been made in the case of 10-year-old Ladavionne Garrett Jr., who survived but was left seriously hurt after he was shot in the head.

Up to $180,000 is being offered as a reward for information in these cases. People with tips can do so by calling 800-222-8477 or going to the Crime Stoppers of Minnesota website.