Faith leaders are launching a new initiative to help curb the growing violence in Minneapolis, called 21 Days of Peace.

The most recent shooting happened early Saturday morning outside a nightclub in the Warehouse District. Police said two people were killed and eight others were hurt.

"We want our community back. And we’re saying everybody that wants their community back, you don’t have to do it by yourselves. We’ll all join together and we’re going to take our community back by any means necessary," said the Rev. Jerry McAfee of New Salem Missionary Baptist Church in Minneapolis.

McAfee is organizing a new effort focused on citizen patrols. 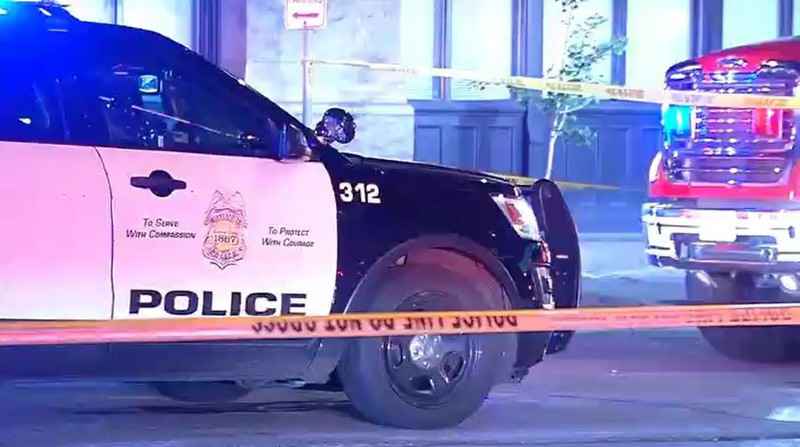 Hundreds of community members showed up to a meeting Saturday afternoon at Shiloh Temple to voice their concerns about the violence and sign up to participate. The meeting lasted almost two hours.

"This is the beginning of our people understanding: You are one. You will live as one and you will die as one. How you want to die is the question," community activist Spike Moss said.

Many community members said they fear the violence has spiraled out of control after three young children were shot in Minneapolis in the last few weeks. Six-year-old Aniya Allen died earlier this week.

According to Minneapolis Police Department data, homicides have more than doubled compared to this point last year.

"When you have bullets flying like they’ve been, it’s unacceptable. We cannot tolerate it as a city and together we all need to unite around that cause," Frey said.

McAfee said he does not believe the community has organized on this level before to coordinate citizen patrols.

He said volunteers can sign up for shifts, with the hope of creating an overwhelming presence in high-crime zones.

"What we’re saying is collectively it must stop. And we’re hoping after those 21 days of peace, that it will be ingrained in us to live peacefully," McAfee said.

5 EYEWITNESS NEWS asked the police chief if there are any safety concerns surrounding citizen-led patrols.

"The concern that I have is when we are silent as a community, that silence is deafening," Arradondo responded. "When we are silent as a community and are not shown in those spaces, then the bad actors and perpetrators feel they have free reign and that can’t happen. We are not going to tolerate this. We are going to stand in unison together and take back our neighborhoods."

Organizers said the new volunteer efforts will be coordinated in Minneapolis, St. Paul and Brooklyn Park. They will launch a new hotline to organize volunteers and shifts by Monday.