The city has teamed up with Minnesota Acts Now to address the violence — that recently has been deadly — directly on the streets.

“We’re at a place where a lot of people are fed up,” said Bishop Harding Smith with Minnesota Acts Now. “When you start shooting the children, the kids, you’re going to get the fury of the community."

Earlier this week, Smith joined the family of Varney Kennedy Jr. at the memorial that was created for him. The 17-year-old’s family tells 5 EYEWITNESS NEWS it was Kennedy who was shot and killed while in his car Tuesday outside a shopping center in Brooklyn Park.

To try and curb the violence, this new approach will put community and faith leaders directly on the street in crime hotspots in the city. Smith says he and his team will be in the area of 63rd and Zane avenues North starting Monday. 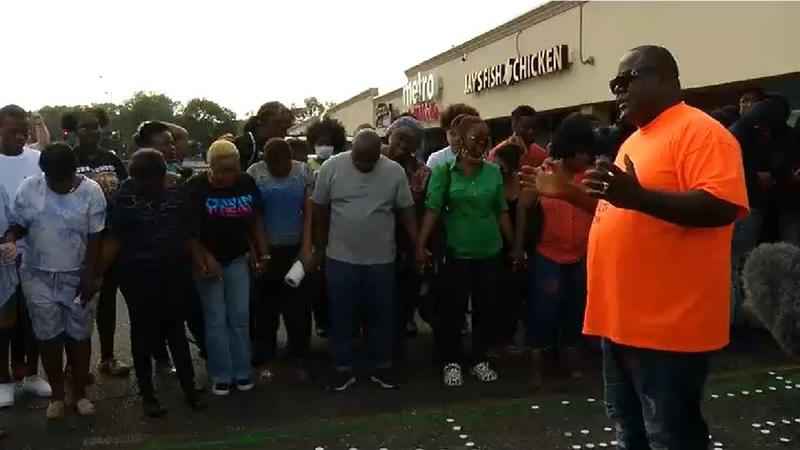 Bishop Harding Smith, right, speaks at a vigil for 17-year-old Varney Kennedy Jr., who was shot and killed outside a Brooklyn Park shopping center on Tuesday, Aug. 17.[KSTP]

“[We’re] trying everything that we can to create an environment where our kids can go to the park and play without fear of a stray bullet,” Smith said. “We don’t have to live this way. We’re here to embrace our brothers and sisters and let them know we are here to help.”

At 4 p.m. Monday, Smith will be joined by other faith and community leaders to pray at the intersection they’ll start their intervention work at.

Smith said Minnesota Acts Now is hiring: Anyone brought on the team will help with this new effort. He said pay starts at $20 an hour.