Wednesday marks two years since the murder of George Floyd in Minneapolis.

The city will be unveiling a commemorative street sign at 38th and Chicago – where Floyd was detained and killed – naming it George Perry Floyd Square. Floyd’s brother and aunt will attend along with City Council President Andrea Jenkins.

The event begins at 7 p.m. Wednesday, and will be followed by a candlelight vigil. Saturday, the City of Minneapolis will also be holding an all-day celebration and concert to remember Floyd.

Some community members tell 5 EYEWITNESSNEWS they hope to keep reflection and motivation for change alive at the square.

Two men who say they were there from the very beginning say despite a nation-wide movement, they are still feeling a bit hopeless. 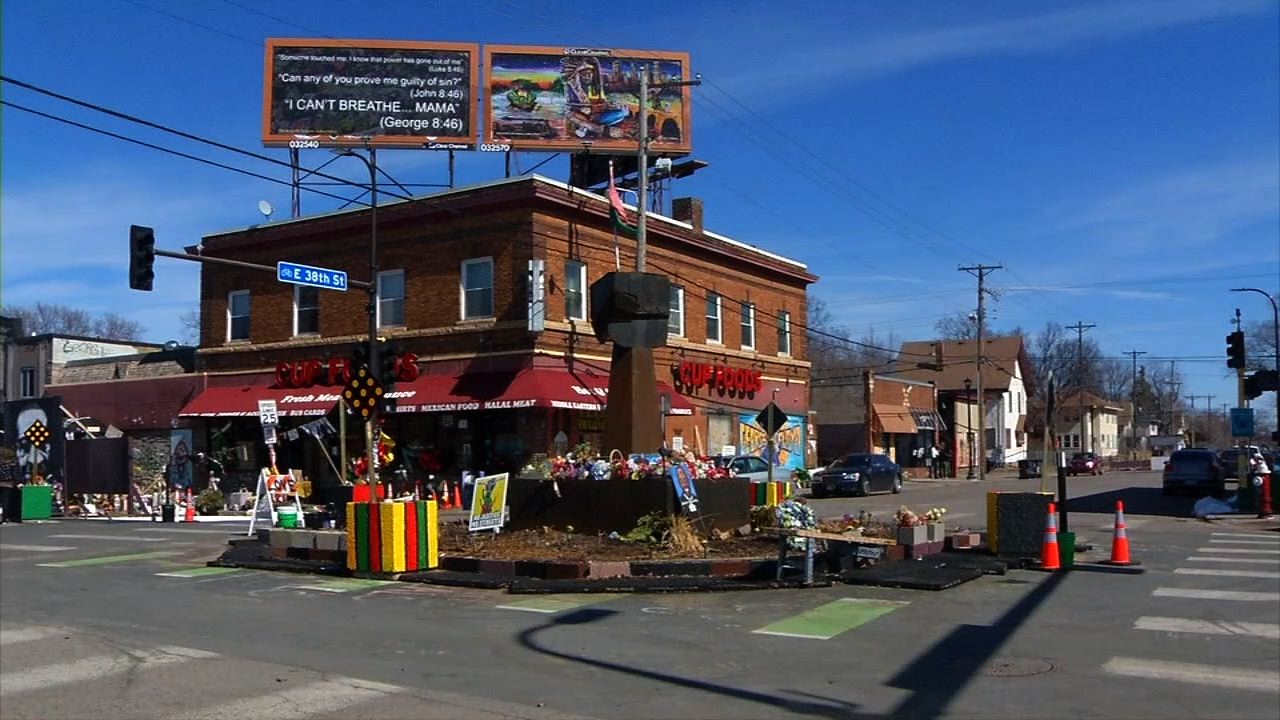 “We need to make sure that our police departments are held accountable for their actions, people need to show up to protest every day until change happens,” says Ethan Buhrow, also of Minneapolis.

President Joe Biden is also planning to sign an executive order on police reforms to mark the day, saying he is using his powers to try and strike a balance between police and civil rights.

However, most of the order is focused on federal agencies – the changes include requiring federal law enforcement to review and revise policies on use of force.

The White House says it also creates a database to track officer misconduct.

The administration can’t force local police departments to participate in the new database, but they could use federal funds to encourage cooperation.

The order also restricts the flow of surplus military equipment to local police.

It also starts assessments for possible future policing changes by looking at the potential impact of facial recognition software, ways to reduce the spread of COVID-19 in correctional facilities and strategies to collect data on police practices.

Biden is expected to officially announce the measures alongside Floyd’s relatives.

All three were found guilty of federal civil rights violations earlier this year, and are awaiting sentencing.

Former Minneapolis officer Derek Chauvin was the officer who had his knee of Floyd’s neck. He is currently serving a 22 and a half year prison sentence after being convicted on state charges of murder and manslaughter last year.

The ex-officer also pleaded guilty to violating Floyd’s civil rights in a federal case, where he now faces a sentence ranging from 20-25 years.