There were calls for change Saturday along Minnehaha Avenue, just down the block from where the Minneapolis Police Department’s 3rd Precinct used to be.

“Yes for Minneapolis, sign the petition,” one woman chanted in the bitter sunshine.

Yes 4 Minneapolis — a coalition of groups including Reclaim the Block and TakeAction Minnesota — launched a petition drive Saturday in support of replacing the Minneapolis Police Department with a Department of Public Safety.

“We really want to put it back in the hands of the people, let them make the decision,” says petition organizer Austin Blanch. “This is an opportunity for us to have those conversations and really make sure people’s voices are heard and that people are showing up.”

Organizers are hoping to collect 20,000 signatures over the next couple of months. That’s enough, they say, to put the question of a new public safety department on the ballot in November. 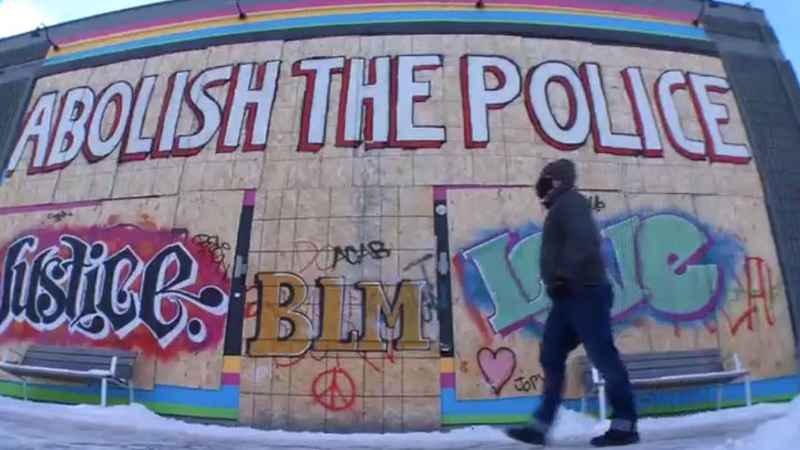 The movement is receiving outside help as well.

Corenia Smith, a spokesperson for Yes 4 Minneapolis, confirmed to 5 EYEWITNESS NEWS that the coalition has received a $500,000 grant from Open Society Foundations, a George Soros-funded philanthropic group based in Washington, D.C. The grant was first reported in the Star Tribune.

The petition campaign is happening even as Minneapolis Council members Phillipe Cunningham, Steve Fletcher and Jeremy Schroeder have proposed language for a new public safety charter amendment that would allow voters to decide the most appropriate structure for the city’s safety system.

5 EYEWITNESS NEWS first reported about the proposed language in late January, when the three members introduced a plan during a Friday council meeting.

“Allowing Minneapolis residents to vote on a charter amendment this year would honor our democratic process and give policymakers a clear direction to move forward,” Schroeder said in a statement posted on Twitter. “We have heard loud and clear from community members that they want to weigh in one the future of public safety in Minneapolis.”

Fletcher says the new department will improve oversight and accountability. Under the plan, the mayor would nominate a department commissioner — who the City Council would then vote to confirm.

“Having the council have legislative authority with our approach to public safety feels like a way to bring some of these decisions into daylight so we can publicly debate them,” Fletcher said.

Members of Yes 4 Minneapolis say the plan is a good one.

"You know, being able to have decentralized decision-makers who are held accountable to the people — I think that’s going to change a lot of things," Johnson said.

But the charter amendment has its critics.

Mayor Jacob Frey issued a statement saying, “(He) has heard community calling for safety services that go beyond policing. But he has not heard residents say we need to dilute accountability by having the head of public safety report to 14 elected officials with divergent opinions.”

“I don’t really see how some of these proposed amendments are substantially any different from the two that were sent to the charter commission for review two other times,” she said.

The language proposal would include a law enforcement division for use of force situations. But the plan also calls for more public debate on handling cases involving mental health, homelessness and addiction.

"We have to be able to have medical professionals answering calls, especially for mental health reasons,” said Margarita Ortega, a candidate for the Ward 9 council seat. “We have a lot of people who are struggling right now due to COVID, due to everything that’s happening in our community."

An initial public hearing for the charter amendment is scheduled for Thursday.