Minneapolis city leaders were asked by reporters during a Thursday morning press conference about the timing of their $27 million dollar civil lawsuit settlement with George Floyd’s family that was announced as jury selection was underway.

"The bottom line is there was no guarantees that the deal would be available at a different point in time and under different circumstances," Minneapolis City Attorney Jim Rowader said.

"I would disagree with the underlying premise," Frey said. "I’ll note we are required to listen to the court on what we are able to and not able to say with regards to criminal proceedings." 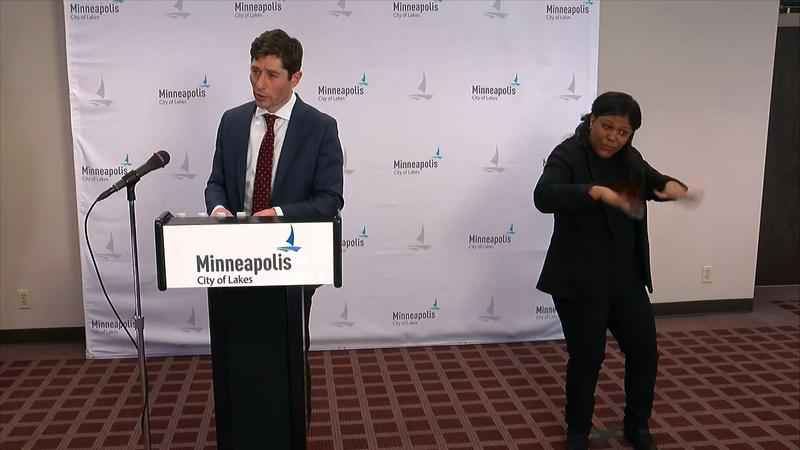 ‘"I would underscore what the mayor just said about the underlying premise I think is… certainly remains to be seen…but to date, I would say it hasn’t had that impact," Rowader said.

Earlier this week, Hennepin County Judge Peter Cahill, who is presiding over the criminal trial, had strong words about the timing.

"But let’s face it, it’s not just a legal decision, that’s a political decision," Cahill said.

Cahill also called the timing "unfortunate" but doesn’t believe there was ill intent.

"With regard to timing, in general, there is no good timing to settle any case, particularly one as complex, as involved, and sensitive as this," Rowader said. "There is no guarantee, for instance, that that deal would be available two, four, six, eight weeks from now, or six months from now. We decided to move forward with the Floyd family."

Eric Nelson, who represents Chauvin, questioned the timing in court Thursday afternoon in response to the city attorney’s comments.

"I would like to note that the City of Minneapolis has indicated that the timing was of the essence," Nelson said in court. "Yet the agreement has not been finalized and will not be finalized for approximately another month."

Nelson has asked the judge to delay or possibly move the trial due to pre-trial publicity.

Cahill plans to rule on the defense motions Friday at 8:15 am.