The City of Minneapolis is committing millions of additional dollars to a novel public safety program that relies on unarmed community members working as “violence interrupters.”

City Council members voted last week to increase the contracts with five nonprofit groups as part of the Minneapol-US Strategic Outreach Initiative, which launched last year. Those contracts could now be worth up to $7.5 million combined.

In an update to the council, Sasha Cotton, director of the city’s Office of Violence Prevention, said teams have made hundreds of contacts with people at risk and report that they have de-escalated a variety of conflicts.

But in response to a formal request for written copies of those reports, the city said they do not exist. 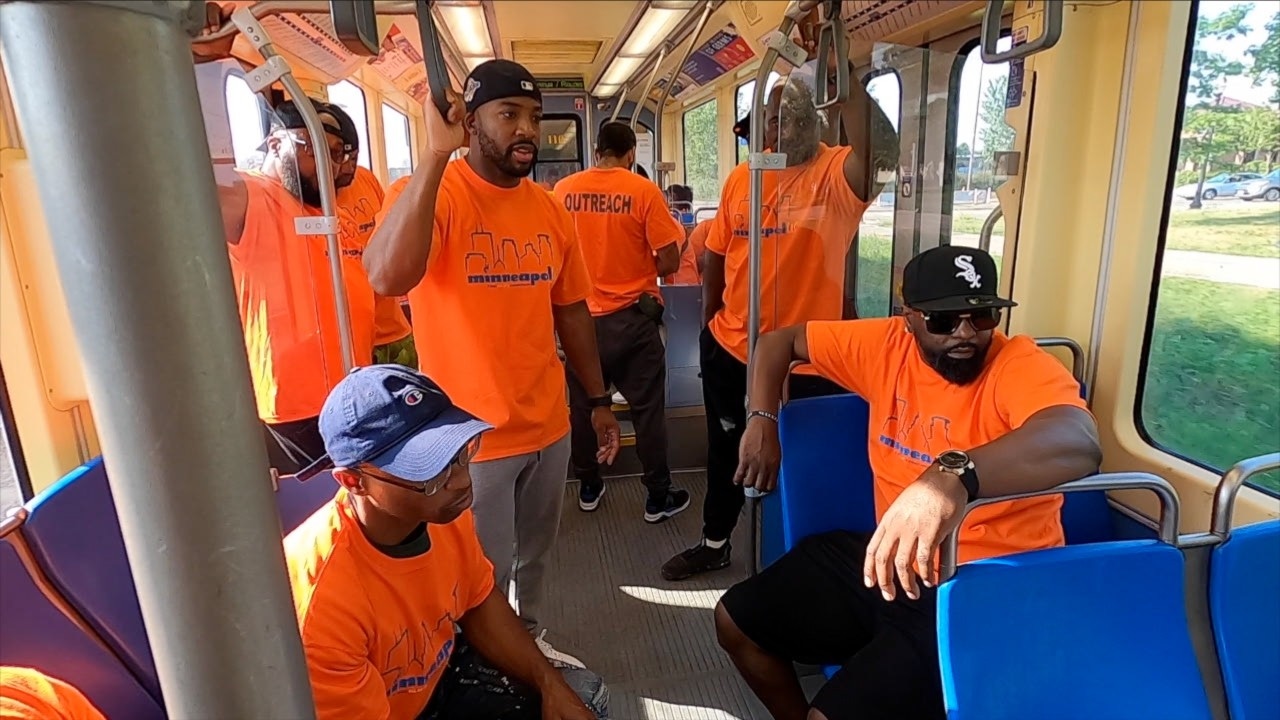 A group of "violence interrupters" with the Minneapol-US Strategic Outreach Initiative ride the light rail in Minneapolis. (KSTP/file)

The city replied that “written reports were not required of contractors.”

“In lieu of organizations submitting schedules and monthly reports, that information is being gathered from the contractors through verbal reports and discussions,” wrote Kristen Olson, a Data Practices Compliance official for the City of Minneapolis. She added that some of those reports were made over the phone.

Michelle Gross, president of CUAPB, which requested the reports, says she is not satisfied with the city’s response.

“How can you have any kind of assessment of any reporting on large contracts by just having over-the-phone conversations?” Gross said. “It told me that the city is not doing a good job of actually monitoring the contracts that they issue and … that this program is a free-for-all.”

Cotton declined interview requests but sent 5 INVESTIGATES a written statement reiterating that the non-profits contracted with the city have provided updates at regular meetings.

“Each of these agencies has met the policy and procedural requirements to be vendors of the City,” Cotton wrote. “The Minneapol-US Strategic Outreach Initiative is in its infancy stages, however we believe current efforts are changing the lives of both those providing and receiving the services.”

Experts in Minnesota’s open records law said the city’s decision to accept verbal reports from contractors rather than updates in writing is “unusual.”

“It’s very surprising that there would not be any data about that because even if the contracted party is not supplying the data, there’s still going to be somebody from the city on the other end of that phone call making notes,” said Matt Ehling, a board member with the Minnesota Coalition on Government Information.

“This is basic ‘good governance 101,'” Ehling said. “The public has to understand what its tax dollars are being used for.”

That group faced criticism last year after cell phone video showed one of its members punching and kicking a homeless man. We Push for Peace later fired that employee.

“I want to make sure when we are contracting with external organizations of any sort working on public safety … that we have mechanisms in place for accountability and transparency,” Chughtai told 5 INVESTIGATES on Monday.

Chughtai said she did not know the city had not received written progress reports so far from the groups doing violence interruption work.

Last week, Gross and her nonprofit took the unusual step of suing six other nonprofit organizations for not turning over records of how they spent money from the city.

“We asked for this information over six months ago. We sent them reminder letters and emails,” Gross said. “They just flat refused to be accountable to the community.”

Gross says Communities United Against Police Brutality was not competing for that city funding and does not accept money from any government entities.

The other nonprofits being sued by CUAPB did not respond to interview requests, but in a joint statement to 5 INVESTIGATES the groups called the lawsuit “baseless” and said the city provided all available records.

“The lawsuit implies that the work we are doing is an extension of traditional police functions, which is absolutely not true. It goes on to state that we failed to provide data which was requested by CUAPB as it relates to our contract with the City of Minneapolis and the Minneapol-Us Strategic Outreach Initiative. What it doesn’t say is that the City of Minneapolis provided all of the documents requested to the plaintiffs which you can find on their website: https://www.cuapb.org/_peace_police_city_contracted_organizations. This lawsuit is baseless and attacks Black Leadership and Black led organizations.”

A spokesperson for the City of Minneapolis says the groups will be now providing written reports every six months and that an annual report for 2021 is expected this spring.

“We’re not saying, ‘Don’t do the program,'” Gross said. “We’re saying, ‘Tell us about the program and tell us how effective it is.'”