Late Tuesday morning, the Minnesota Nurses Association (MNA) announced it has called off a strike planned for later in the month after union leaders said they reached tentative contract agreements with hospital systems across the state.

As previously reported, the MNA announced members voted to authorize a strike last week. A strike was planned to start at 7 a.m. Dec. 11 and last through 7 a.m. on Saturday, Dec. 31 at various health care systems throughout the Twin Cities metro and in northern Minnesota.

However, nurses are now planning a vote on tentative agreements, and the MNA says negotiation leaders are recommending members to vote yes on the contract agreements.

If approved, the MNA says the contracts will have language that addresses chronic understaffing at the hospital for the first time in history. Union officials say the agreements would give nurses a say in how staffing levels are set but vary by each tentative agreement. According to the MNA, the language refers to the prevention of reductions in staffing levels without consensus between nurses and management, reviews of staffing levels by nurses and management as well as the protection of nurses from discipline when concerns are brought up regarding safety.

The MNA adds the tentative agreements are three-year contracts, and include 18% pay increases over the three years in the Twin Cities area, and a 17% increase in Duluth, Minn. and Superior, Wis. The pay increase would also be retroactive to the expiration of the previous contract, MNA leaders say. Nurses in the Twin Cities area would see a 7% increase in the first year, 6% in the second year and 5% in the third year. 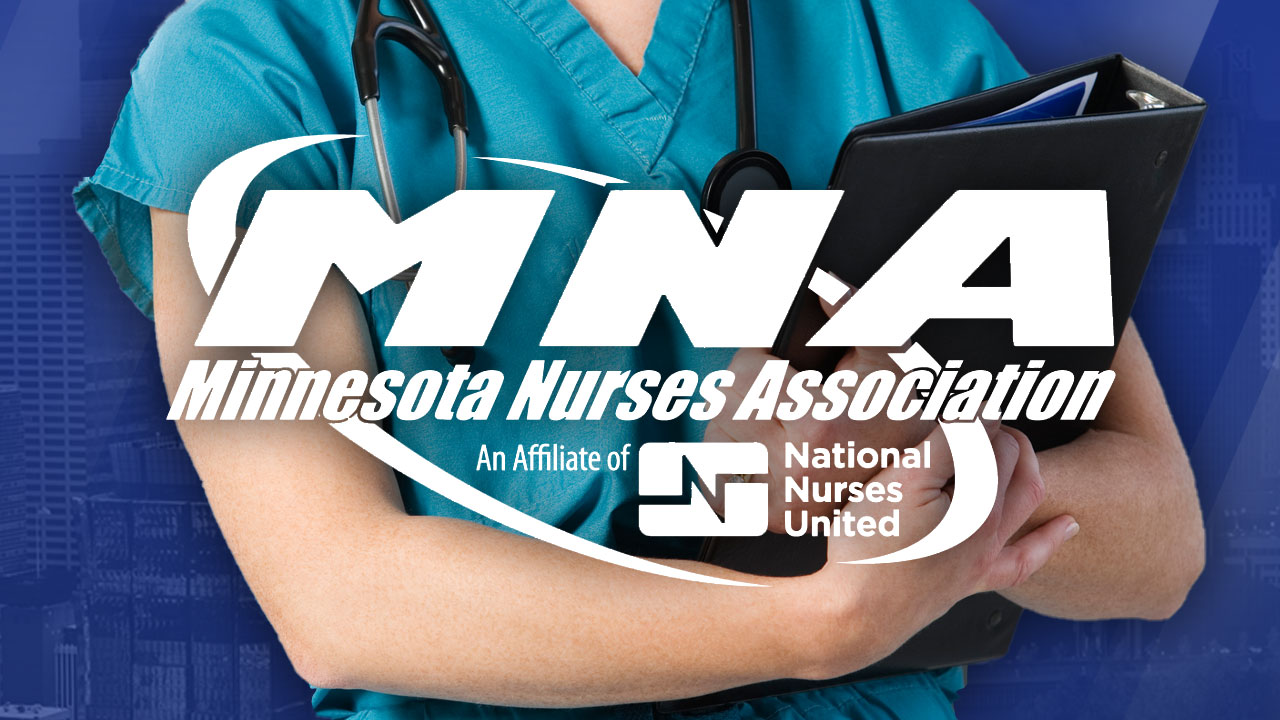 According to the MNA, preceptors and charge nurses will also get raises.

“I think nurses had a great deal of leverage based on the reality of flu and COVID and all the other things that the medical situation that we’re looking at today,” said Joseph Daly, an emeritus professor at the Mitchell Hamline School of Law. “I also think they had not just leverage in terms of getting what they want but also moral leverage.”

Daly is also an arbitrator who has settled other cases involving nurses throughout the years.

“I think it was a highly effective strategy on the part of the nurses to do a short strike so that the hospitals could see what an impact a longer strike would have,” said Daly. “From the hospital’s perspective, this would’ve been so disruptive, so costly to the hospitals and from the patient’s perspective of the citizen who uses the hospital situation, the medical system, it would have been a disaster to have a 20-day strike.”

The significance of the tentative agreements will be felt for years, according to Daly.

“Not just in Minnesota but the nation, I think a lot of people will pay attention to this,” he said. “I’m quite sure that the labor movement will increase in the upcoming years and this will be one of the labor unions they look back on and say ‘We can get this’.”

A spokesperson for Governor Walz said, “The Governor was in frequent communication with the nurses and hospital leadership to help reach an agreement. This compromise is good news for the people who are working around the clock to keep Minnesotans safe and healthy. Both sides deserve credit for staying at the table and getting this resolved.”

The tentative agreements are bringing some relief to patients. Howard Lacy is preparing for a hip replacement, which is scheduled for December 15.

He said he learned on Monday there was a 50-50 chance of the surgery happening due to the pending strike.

“I was in panic,” said Lacy, who lives in Duluth. “Not knowing what was going to happen because without the staff, it can’t get done. I was in panic, we were scared.”

He’d already postponed the surgery once this year.

“The hip has just been waiting so long it’s just bone on bone and it’s getting cold, I’m getting older, and if I can’t have it, that’s just another day in constant agony and pain,” said Lacy.

His stress turned into relief when he learned strike notices had been withdrawn.

“I’m thrilled because it’s been a long, painful process,” said Lacy. “Great Christmas present that it’s all going to be done.”

Representatives from Allina Health, Children’s Minnesota, Twin Cities Hospitals Group, Essentia Health and St. Luke’s Hospital told 5 EYEWITNESS NEWS earlier in the day they had reached tentative contract agreements with the union, averting a strike scheduled to begin next weekend at their hospitals.

Allina Health, Children’s Minnesota, St. Luke’s and Essentia Health issued the following statements regarding their tentative agreements, which still need to be ratified:

We are pleased to announce that Allina Health and Minnesota Nurses Association reached a tentative agreement early this morning. The settlement, which the union is recommending, is now subject to ratification by union membership. MNA has rescinded all strike notices at Abbott Northwestern, United (St. Paul campus) and Mercy (both campuses) hospitals.

Allina Health is pleased with the settlement, which reflects the priorities of both parties and is fair and equitable to our employees, patients and communities. We are thankful to be able to return our full attention to caring for the community at this time of increased illness and demand.

Children’s Minnesota is grateful to have reached a tentative agreement with the Minnesota Nurses Association (MNA). As a condition of the agreement, the pending strike notice at Children’s Minnesota has been rescinded. The union must still ratify the deal. A vote is expected to happen this week. The union’s bargaining team is unanimously, favorably recommending this contract for ratification.

Thanks to the tireless work of our negotiation team and countless others, patients and families across our region can rest assured that our kid experts will be there to care for the most vulnerable children in our community. We value the dedication of our nurses and countless other staff for the vital roles they each play in caring for our patient families.

We are pleased to announce that St. Luke’s and MNA reached a tentative contract agreement. MNA has withdrawn its strike notice and will bring the contract to nurses for ratification in the near future. We want to thank all who have worked so diligently at the table to reach a fair and equitable contract.

Essentia Health and the Minnesota Nurses Association (MNA) have reached a tentative agreement on a new three-year contract covering about 1,300 nurses who care for patients at our hospitals in Duluth and Superior. This positive outcome is the result of hard work at the bargaining table. As part of the agreement, the MNA agreed to withdraw its strike notice. The MNA will share details of the tentative agreement with its membership and conduct a ratification vote by Dec. 12. The MNA bargaining committee unanimously agreed to recommend ratification.