One of the jurors who convicted Derek Chauvin in the murder of George Floyd on Monday defended his participation in a protest last summer in Washington, D.C., following online speculation about his motives for serving on the jury and whether it might be grounds for appeal.

A photo, posted on social media, shows Brandon Mitchell, who is Black, attending the Aug. 28 event to commemorate Martin Luther King Jr.’s "I Have a Dream" speech during the 1963 March on Washington. Floyd’s brother and sister, Philonise and Bridgett Floyd, and relatives of others who have been shot by police addressed the crowd.

It shows Mitchell standing with two cousins and wearing a T-shirt with a picture of King and the words, "GET YOUR KNEE OFF OUR NECKS" and "BLM," for Black Lives Matter. Chauvin knelt on Floyd’s neck for 9 minutes, 29 seconds last May as Floyd said repeatedly that he couldn’t breathe.

Juror in Chauvin trial discusses testimony, coming to a verdict 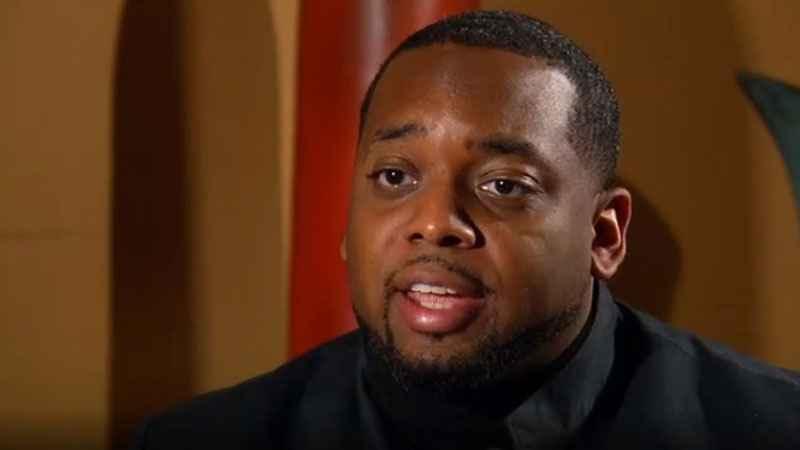 Mitchell, 31, acknowledged being at the event and that his uncle posted the photo, but said he doesn’t recall wearing or owning the shirt.

Mitchell was one of 12 jurors who convicted Chauvin of second- and third-degree murder and second-degree manslaughter. Mitchell, the first juror to go public, spoke to several media outlets last week, including The Associated Press.

Mitchell and Chauvin’s attorney, Eric Nelson, have not returned messages from The Associated Press seeking comment.

Mike Brandt, a Minneapolis defense attorney not involved in the case, told the AP the revelation alone wasn’t nearly enough to overturn Chauvin’s conviction, but it could be combined with other issues — the announcement of a massive civil settlement to Floyd’s family during jury selection, the shooting of Daunte Wright, the judge’s refusal to move the trial — in an appeal to say Chauvin was denied a fair trial.

Ted Sampsell-Jones, a professor at the Mitchell Hamline School of Law, told the AP that the photo of Mitchell was "evidence that Chauvin can point to in order to establish that his right to an impartial jury was denied."

He added: "Speaking frankly, Chauvin did not have a fully impartial jury in the sense we usually give criminal defendants. That wasn’t the fault of the judge or the prosecutors, it was simply a function of the incredible publicity and public pressure" surrounding the trial.

Mitchell said he answered "no" to two questions about demonstrations on the questionnaire sent out before jury selection.

The first question asked: "Did you, or someone close to you, participate in any of the demonstrations or marches against police brutality that took place in Minneapolis after George Floyd’s death?" The second asked: "Other than what you have already described above, have you, or anyone close to you, participated in protests about police use of force or police brutality?"

Mitchell told 5 EYEWITNESS NEWS reporter Brandi Powell he answered no on the jury questionnaire because he believed the event in D.C. was based around voting and celebrating the 57th anniversary of the Martin Luther King "I Have a Dream Speech," and not around the death of Floyd or police brutality.

Mitchell told Nelson during jury selection that he had a "very favorable" opinion of Black Lives Matter, that he knew some police officers at his gym who are "great guys," and that he felt neutral about Blue Lives Matter, a pro-police group. He also said he had watched clips of bystander video of Floyd being pinned and had wondered why three other officers at the scene didn’t intervene.

He said he could be neutral at trial.

Rachel Moran, a former criminal defense attorney and University of St. Thomas law professor, told KSTP she does not believe Mitchell attending the march in Washington is grounds for a new trial.

Moran said she did not believe the juror lied about anything during jury questioning and was even very open about his support of the Black Lives Matter movement.

In his jury questionnaire, Mitchell said he did not attend protests against police brutality in Minnesota or any other state. Moran said while she agrees some people might argue the march could be seen as an anti-police brutality protest, the march went beyond that single issue.

KSTP staff contributed to this article.