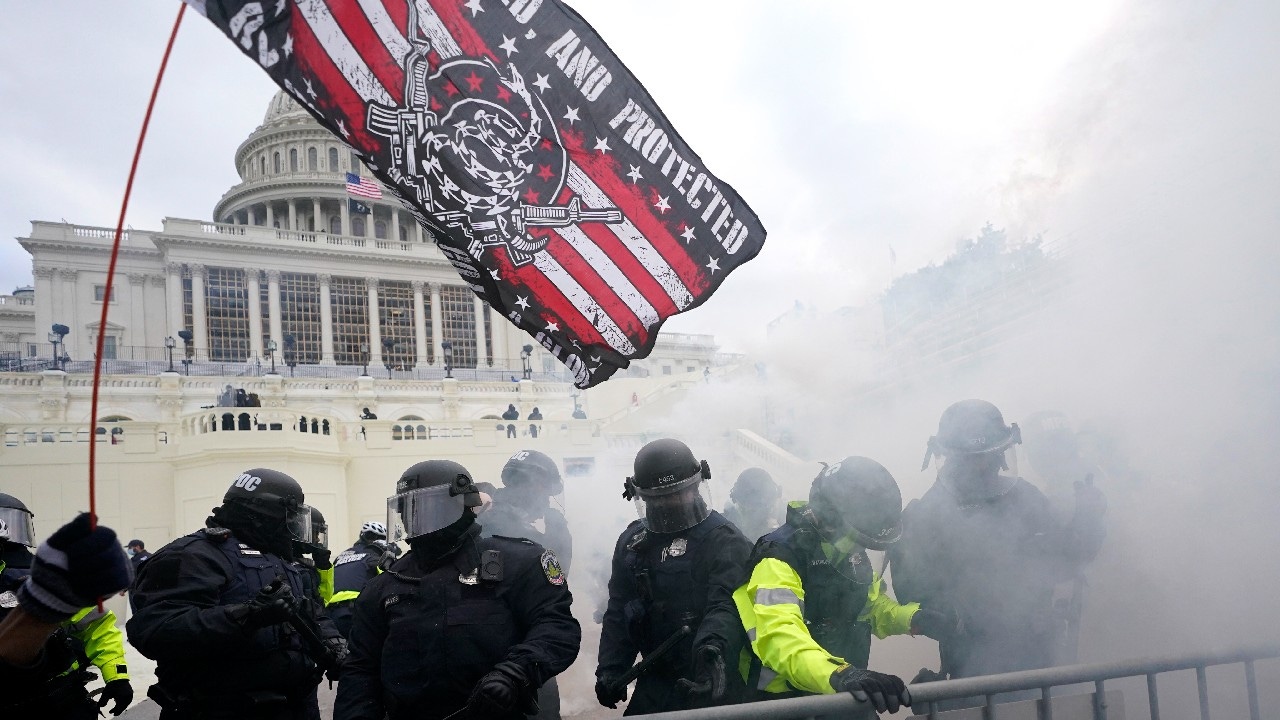 FILE - Police hold off violent insurrections loyal to then-President Donald Trump as they try to break through a police barrier Jan. 6, 2021, at the Capitol in Washington. Intelligence reports compiled by the U.S. Capitol Police in the days before last year's insurrection envisioned only an improbable or remote risk of violence, even as other assessments warned that crowds of potentially tens of thousands of pro-Trump demonstrators could converge in Washington to create a dangerous situation. (AP Photo/Julio Cortez, File)

Friday, a remembrance ceremony will be held for those who died two years ago following the Jan. 6 attack on the U.S. Capitol.

The ceremony will begin at about 9 a.m. Central Time will include the reading of the names of fallen officers, as well as a moment of silence.

On Jan. 6, 2021, supporters of President Donald Trump, fueled by his false claims of a stolen election, assaulted police and smashed their way into the Capitol to interrupt the certification of Democrat Joe Biden’s victory, forcing lawmakers into hiding; most of the rioters had come from a nearby rally where Trump urged them to “fight like hell.”

In the weeks that followed, four of the officers who responded to the riot took their own lives.

A Trump supporter, Ashli Babbitt, was shot and killed by a police officer as she tried to breach a barricaded doorway inside the Capitol.

ABC News will air a special report on the ceremony. The network will also air a special report later in the day, when President Joe Biden hosts a ceremony at the White House. As previously reported, he is expected to speak and award the Presidential Citizens Medal to 12 people who defended the Capitol on Jan. 6, 2021.