Governor Tim Walz officially signed a bill directing how the state will spend $300 million in lawsuit settlement money aimed at bolstering the fight against opioid addiction and overdose deaths. Today he celebrated passage of the bill and what it will mean during a ceremonial bill signing.

“There’s heroes standing behind us that turned tragedy into action,” Walz said while standing along Attorney General Keith Ellison, his staff, lawmakers and advocates for the bill. “There’s families that are crushed and I think for many of us we know that given the opioid epidemic it’s only a matter of time before every one of our families is touched by this.”

Among families touched by the opioid epidemic are two state lawmakers who ran for office with the intent of passing legislation to fight the epidemic.

“It certainly feels like I accomplished something and made a difference,” Sen. Chris Eaton, DFL-Brooklyn Center, said just after the bill signing, prompting applause from those gathered. Eaton lost her 23-year-old daughter Ariel to an overdose in 2007. “Losing a child is not something I ever thought I’d live through and I hope no one else has to live through. My only regret about this settlement is that nobody went to jail.”

Republican state Rep. Dave Baker knows the pain of losing a loved one to opioid addiction. In 2011 his 25-year-old son Dan died of an overdose that began with an addiction to painkillers prescribed when he was 20. 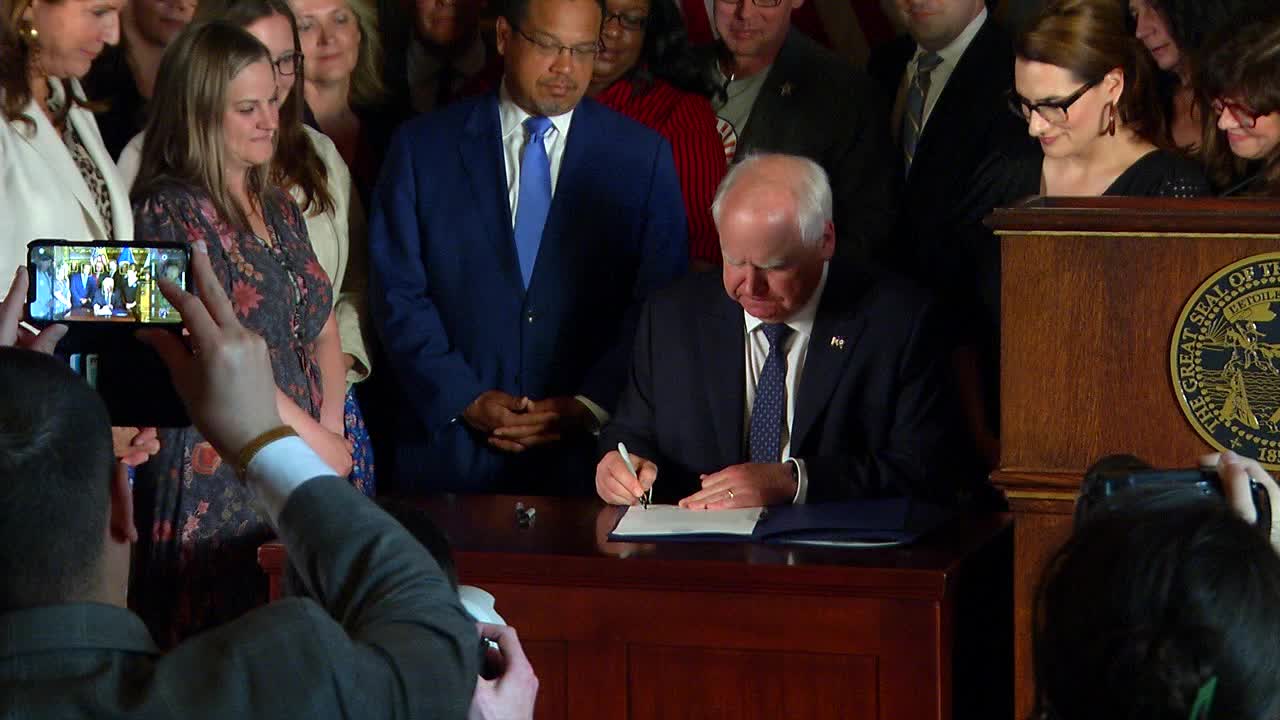 “You know this bill is personal,” Baker told 5 Eyewitness News before the bill signing. “I’ve been in the legislature eight years and my son Dan has been lost 11 years ago. We lost Dan to opioid overdose.”

He says $300 million can go a long way to preventing more deaths. However, he says everyone needs to be vigilant in seeing the signs of people getting addicted to opioids.

“We can never take out eye off the ball,” he said. “We have to watch this and share our stories and listen to other parents like me.”

The $300 million settlement funds have not arrived in Minnesota yet. When they do, a new opioid council will direct the funds to 230 government entities around the state.