Supply chain issues continue to create delays for plenty of industries around the country, and auto repair shops are no exception.

Ed Peltier at White Bear Body Shop says he and other mechanics are doing their best to keep up with repairs, but not having the right car parts has been a setback.

One truck had been waiting five days at the shop for a new bumper — the typical turnaround for such a repair is only two days.

Those delays are adding up. Peltier said a shortage of parts and staff means his shop can’t take any new customers for the next couple of months. 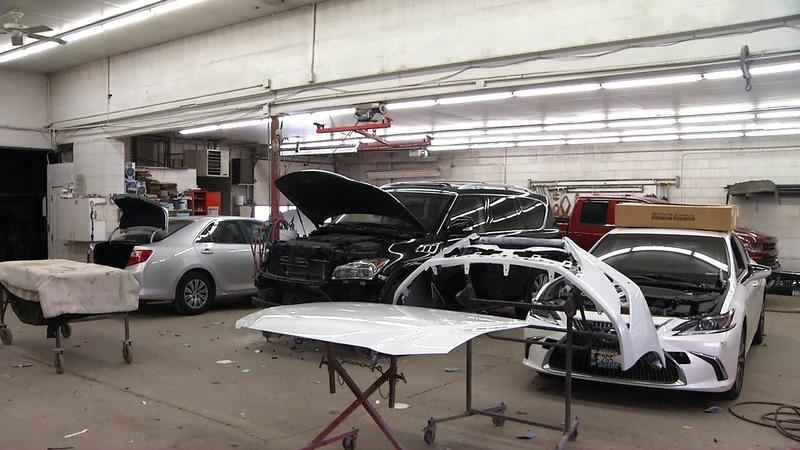 Cars under repair sit in the garage at White Bear Body Shop in White Bear Lake.[KSTP]

"A couple of weeks was normal, but we’re also only a four-man shop, so you know we can only do so much a week," he said.

At Jessie’s auto body in northeast Minneapolis, owner Jessie Villalobos said one truck has been sitting in the garage for three months while they wait on a part.

"This one that we’re doing is a company vehicle that they needed, they needed to use it every day, you know, so they basically losing money," Villalobos said. "They have to rent another truck to provide their service to people."

The problem is coming from the top. Auto experts say there are delays in getting goods unloaded at U.S. seaports, and it’s hitting the supply chain hard.

In response, some mechanics are switching up their strategy: They’re opting to repair parts instead of replacing them to cut down on wait times.

"They need their cars," Villalobos said. "Everybody needs a car."