Hours before the Derek Chauvin verdict was announced Tuesday, Tylik McMillan stood in George Floyd Square in Minneapolis and prayed with a dozen other people.

After spending the last month and a half watching the man on trial for killing George Floyd, he reflected on the role cameras have played in this entire case.

"I thank God for the cameras," McMillian said. "Lord knows where we would be if there was no cameras."

It was Darnella Frazier, with a cell phone in her hand, who recorded the viral video of Floyd being pinned to the ground underneath Chauvin’s knee.

And it was a set of small cameras positioned throughout a Hennepin County courtroom that broadcast to the world powerful testimony from bystanders, police officers and medical experts.

Those cameras played an important role in the Derek Chauvin trial, providing Minnesotans with access to the proceedings in real-time during the pandemic. 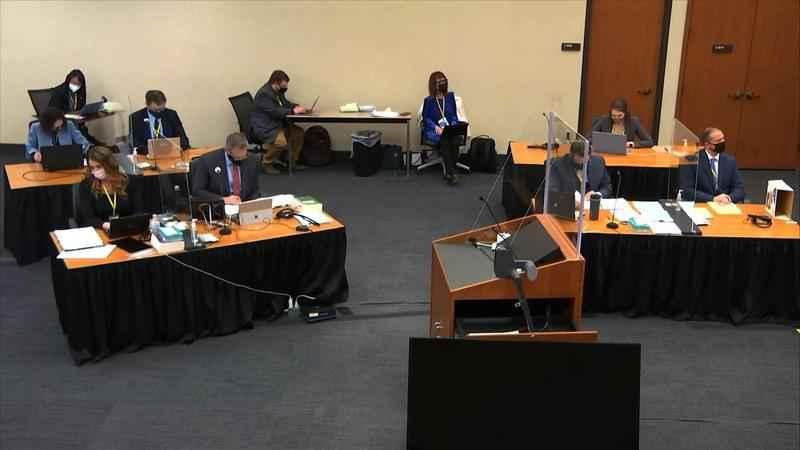 For first time ever, cameras to be allowed in court for Minnesota trial

To watch a trial, for instance, people would have to go to the courthouse and find a seat in the courtroom to hear testimony arguments from attorneys.

Attorneys and legal experts say this experience could pave the way to more public access in future trials.

"The whole thing went perfect," retired Hennepin County Judge Kevin Burke said. "The cameras gave the public the right to be there, to see what happened and to make judgments themselves about the ultimate verdict."

Burke, a fierce advocate for opening up courtrooms to cameras, has spent years pushing back against opposition from attorneys and other judges.

He said historically, the arguments against cameras in Minnesota courtrooms focused on a fear that the attorneys would "pander" to the camera, or that witnesses would be reluctant to testify.

"What we’ve seen in the Chauvin trial is that doesn’t have to happen, and in fact, did not happen," said Jane Kirtley, professor of media ethics and law at the University of Minnesota. "People around the world were able to watch this trial and they could see justice being done."

Viewers spent a lot of time watching the trial on television and the Internet. Web traffic to KSTP.com shows people spent more than 49,000 hours watching the live stream of the proceedings.

But it’s unclear if the success of the camera in the Chauvin trial will have any lasting impact on Minnesota judicial system.

"I’m hoping that the way this case went, as smoothly as it did, will persuade judges and lawyers that cameras in the courts are a positive thing and are not detrimental," Kirtley said. "The public is now going to expect this kind of access and without a good reason, I think it should continue."

Nurse Nicole Muhvic is among those who say cameras in the courtroom were needed in this case.

She visited the George Floyd memorial at the intersection of 38th and Chicago for the first time since last May on Tuesday. Anxiety coursing through her body, she waited to hear if the jury would come back with a decision.

"The entire world is watching us right now," Muhvic said.