The unrest happened after members of the North Star Fugitive Task Force shot and killed a man Thursday at a parking ramp off of West Lake Street.

On Friday, many businesses in the area spent the day cleaning up, while some are preparing for the potential for more unrest. Floyd’s Barbershop manager Darry Evans says it’s been an up-and-down year and a half.

"I’ve managed through COVID-19, riots — it’s been tough, but I’ve stuck it through," Evans said.

9 arrested in overnight vandalism, looting in Uptown; suspect said to have fired weapon at police 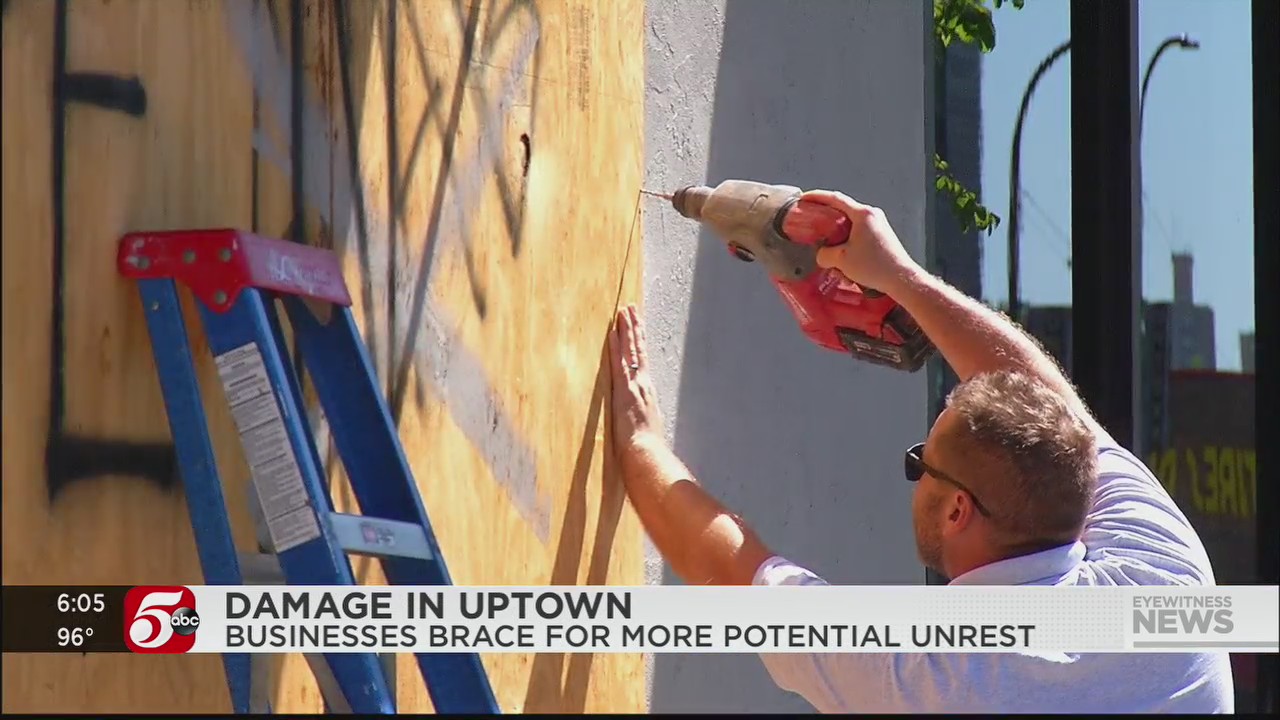 Uptown businesses board up windows after latest bout of looting, vandalism

"Today I actually drove by before we opened to make sure the shop didn’t have any damage," Evans said.

On Friday, many took the proactive steps to board up windows quickly in case the unrest continues.

"We’ve had no property damage, we’ve had nothing happen because every time we did it as fast as we could," Evans said.

A total of nine people were arrested for charges that include assault, arson, damage to property, and rioting. Police say they used less-lethal techniques to try and disperse the crowds.

"I understand the pain 100%, but that shouldn’t cause you to hurt other people you know. We’re all mourning, we’re all hurt, so we should all just come together and stand as one," said Alameen Shabazz, who visited Uptown on Friday.

"There’s nonviolent, noncriminal ways to protest peacefully. I support that but not what I’m seeing here," said Jay Ludke, who lives in Uptown.

Seeing boarded-up windows across from him, Evans said he does his best to support his neighboring business owners.

"I do feel for them because now the people that are looting I don’t know if they’re trying to prove anything or if they’re just trying to damage people’s stuff, and I can only imagine how hard they’ve had to work to build that business," Evans said.

If they are targeted, Evans’ response is simple.

"We’ll keep coming back so if people do anything to us, we’ll just come back," Evans said.

Minneapolis Police say there were others who broke the law in that area overnight who were not taken into custody. Anyone with information is asked to call CrimeStoppers at 1-800-222-8477.