Businesses, neighbors anticipating completion of Downtown to the Crosstown Project

A major construction project that impacts thousands of drivers every day in the Twin Cities is nearing completion.

The Minnesota Department of Transporation says the Downtown to the Crosstown Project at Interstate 35W and Interstate 94 is on schedule and expected to be finished in September.

"We’ve been watching it with keen eyes for a long time," said Bob Fuchs, retail music manager at the Electric Fetus.

Inside the Electric Fetus, you would think they have not missed a beat. But Fuchs says it was their location at the corner of Fourth and Franklin avenues in Minneapolis that created some unintended hurdles for the last four years. 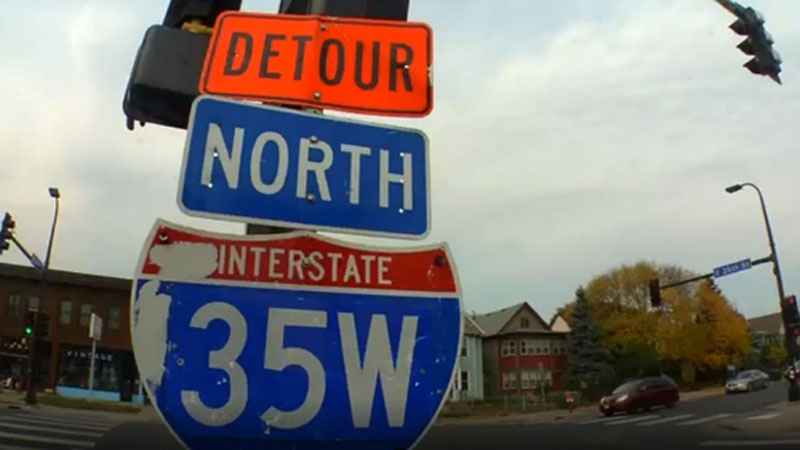 During parts of the last four years outside the record store, there were road-closed signs, mounds of dirt and plenty of construction equipment.

"When that bridge went down in 2017 it was like turning off a faucet — 20% business drop instantaneously," Fuchs said.

The store is right in the middle of the massive $239 million Downtown to the Crosstown Project improving the stretch of I-35W at I-94.

"Just a total rebuild for two and a half miles," said MnDOT spokesman Dave Aeikens.

Aeikens knows it’s been a challenge for anyone who lives or works nearby.

"They have been extremely patient, extremely supportive," Aeikens said.

But nearly four years after the work started, it will look a lot different come September.

"There are just a number of things that should just make traffic move a little bit smoother," Aeikens said.

"You’re not going to sail through 35W during rush hour, but you may buy yourself a few seconds or a minute or so during each trip, and over the course of a year, that’s real time," Aeikens said.

Thanks to dedicated customers, Electric Fetus isn’t going anywhere despite four years of congestion and a pandemic. Once the work outside their shop is complete, they can’t wait to let people know.

"The people of this town, this city, this state, this area have been fantastic supporters," Fuchs said.