Bus driver shot in the head while transporting kids in north Minneapolis Wednesday, out of hospital Friday

Friday afternoon, a spokesperson from the bus company told KSTP that the driver is out of the hospital and home with family.

The spokesperson said the company has had a “huge outpouring of support” from MPS and the community for the company and driver.

Police say a bus driver is expected to recover after he was shot in the head Wednesday afternoon in north Minneapolis.

Officers responded to a report of a bus driver being shot around 2:15 p.m. near 37th and Girard avenues north, police said. The bus driver was found with a gunshot wound to the head and was taken to a nearby hospital.

The driver’s injuries were not believed to be life-threatening.

Three children younger than 10 were on board the bus at the time of the shooting. Police dropped them off at their homes.

Police say they have not apprehended any suspects. 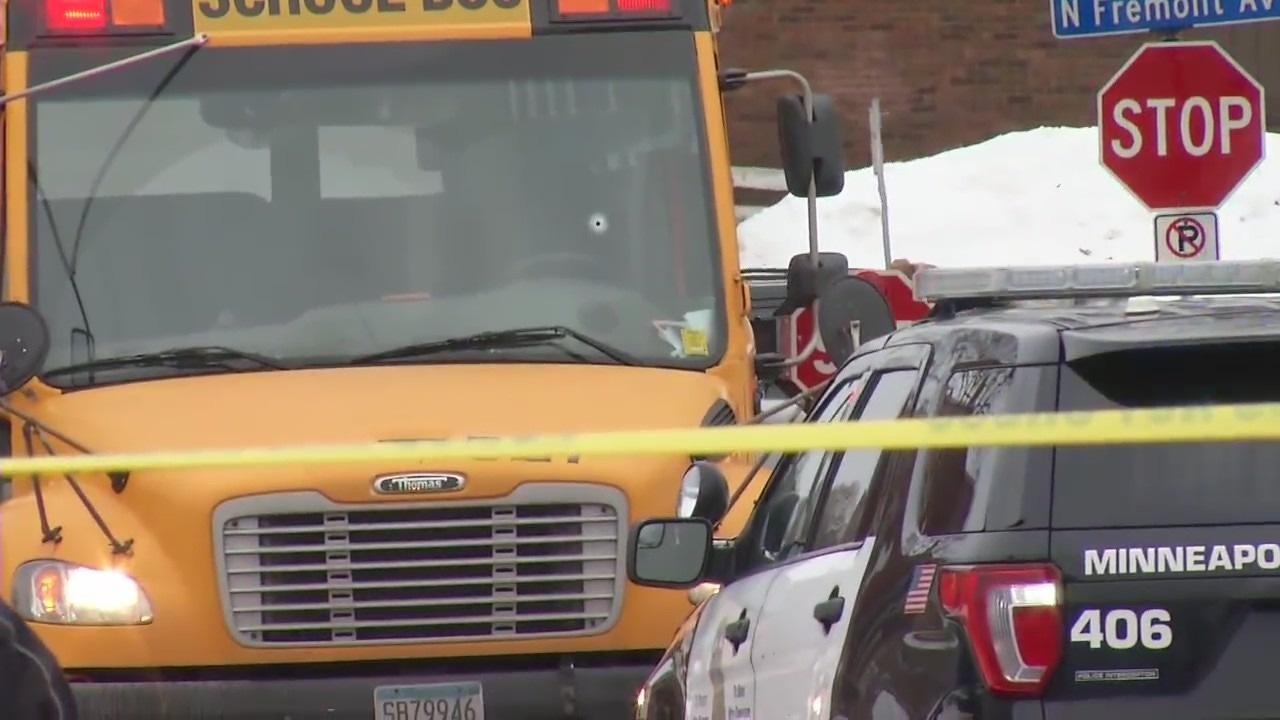 A bullet hole is seen in the windshield of a school bus Wednesday, Feb. 9, 2022, in north Minneapolis. Police say the driver of the bus was shot in the head but is expected to survive. (KSTP)

Minneapolis Public Schools released a statement in response to the school bus shooting as well as a separate shooting in which a student was shot, which read, in part:

“… We recognize the deep impact this has on our students, staff and families. Our thoughts tonight are especially with the victims’ families during this difficult time.”