Burnsville firefighters called for assistance from nine other agencies while responding to a house fire amid freezing temperatures early Sunday morning.

Just after 1 a.m., the Burnsville Fire Department arrived at a house on fire on Oakland Lane. Everyone was already out of the building, the department said.

Due to the cold and "really challenging environment," Burnsville Fire asked for additional help so that crews were able to warm up in between stints.

The Burnsville Fire Department was assisted by:

Metro Transit contributed by providing a bus for firefighters to warm up in, and Burnsville Public Works was there to help with the ice buildup on the street caused by the fire hoses. 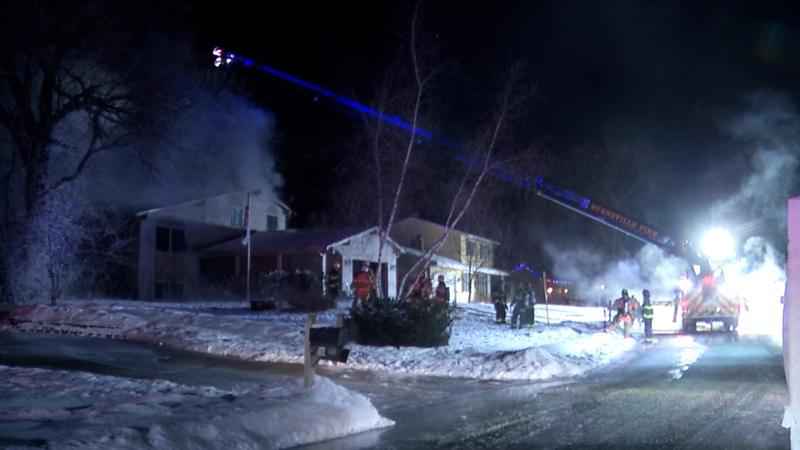 Crews work to put out a house fire on Oakland Lane in Burnsville.[KSTP-TV]