Bloomington police chief reflects on tenure with department ahead of retirement

Bloomington Police Chief Jeff Potts is retiring after 12 years leading the department. He’s been with the city since 1991, also having served as police officer, sergeant and commander.

“I’ll actually miss wearing my uniform. I was really proud every day to get up and put on the Bloomington police department. I used to call it, ‘That’s my favorite blue suit,’” Potts said.

During Potts’ tenure in Bloomington, the city made national headlines more than once: in 2017, for the bombing of the Dar Al-Farooq Islamic Center; and in 2019, when a 5-year-old boy was thrown off a third-floor balcony at Mall of America.

“Unfortunately, I’ve been to a lot of real tragic scenes,” Potts said. “Things that you would never hope to have to deal with in your life. Talking about those things is hard still, because they were very difficult situations to handle.” 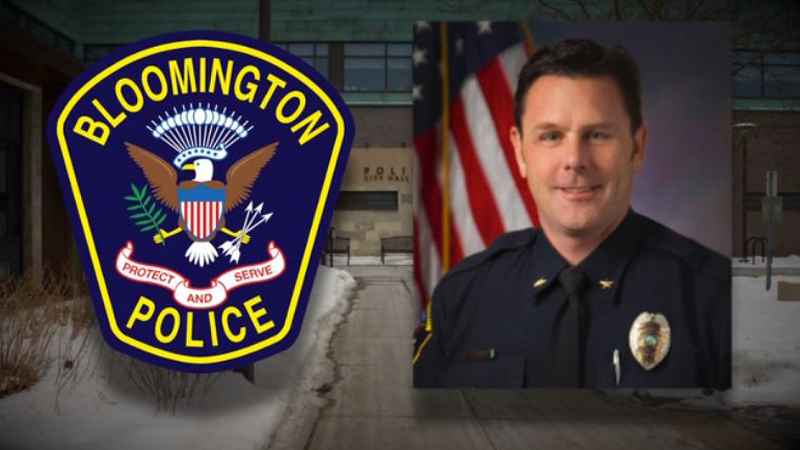 And while some things were, and still are, tough to process, there are a few cases Potts still wears as a badge of honor.

“Me and a partner, we had a chance to do an 18-month auto-theft sting detail where we were undercover,” Potts said. “And we were out trying to find people that were stealing cars, all on the 494 strip. So he and I, we were able to get to know who was doing it, and we actually bought about 30 stolen cars while working undercover. And we were able to make several arrests.”

And Potts had a few memorable assignments that brought him some “street cred.”

“The best assignment you can have is being on the North Stars security detail and being assigned to the visiting team penalty box,” said Potts.

But it’s hard not to acknowledge there are some things Potts just won’t miss too much.

“The job is really 24/7. You’re never really off duty. You always have a phone. You’re very accessible. For the past eight or 10 years, I rarely took a vacation because I didn’t want to be away if something big happened because a community expects the police chief to be there,” he said.

“I’m proud of the Pathways to Policing program where we were able to bring in police officers from different ethnic backgrounds, hopefully that will help us match the community," Potts said. "That’s very important in continuing to build trust in the community. And then, just staying up with the technology. In the last 12 years, it’s changed considerably. We’re all wearing body cameras… all the cars have very sophisticated computer systems."

The chief has some sage advice for the next person who takes over the department.

“Whoever comes in as the permanent replacement for me, whether that’s Deputy Chief [Mike] Hartley or someone else, needs to continue to build those strong relationships, those trust relationships and partnerships in the community. And you do that through community engagement.”

Potts will step in new shoes come Monday, leading the Minnesota Chiefs of Police Association as the executive director.