The Bloomington Fire Department is actively hiring full-time 24-hour shift firefighters, which represents a transition in how the city responds to emergencies.

It has relied primarily on paid on-call firefighters for decades.

“The last part-time or paid on-call group process we went through we had about 60 applications and we were only able to get about 12 people out of that 60,” said Chief Ulie Seal, of their last hiring wave in early 2020. “So that’s not even keeping up with attrition for us.” 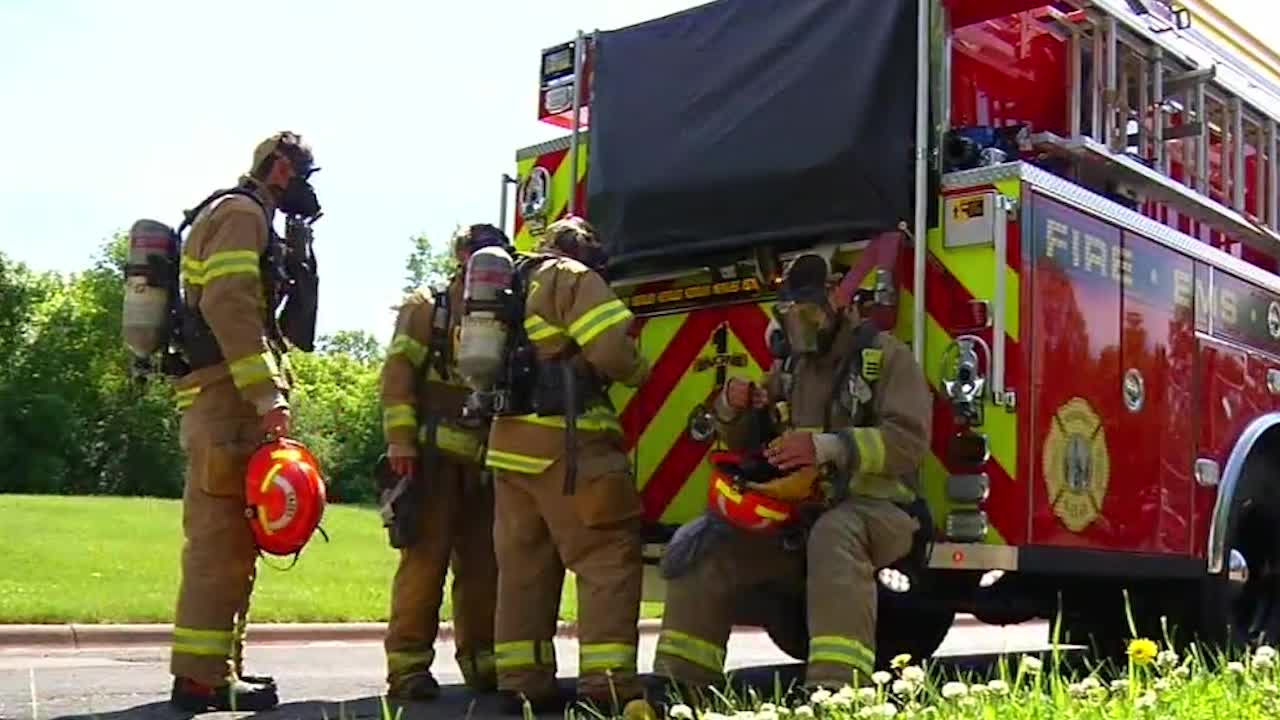 “Because of our drop in our membership on our paid on-call side, for a number of reasons, we were not being as reliable to getting enough trucks out the door to respond to calls,” said Chief Seal. “We’re trying to increase the reliability of service and be proactive to do that.”

The Department received a $6.27 million Staffing for Adequate Fire and Emergency Response (SAFER) grant from FEMA in the fall. It will cover the salaries and benefits of 18 full-time firefighters for three years.

The positions will be added to the budget after those three years expire, said Seal.

Departments across the metro have been adding full-time firefighters, from Eagan to Plymouth to White Bear Lake to Brooklyn Park.

“Things have never been harder, especially for the smaller departments,” said Scott Vadnais, the president of Minnesota Professional Firefighters. “The model Minnesota has had for many, many years has been the volunteer model and what we’re seeing is people aren’t willing to volunteer as much as they have been.”

The trend started before COVID hit, according to Vadnais.

“It was probably 2018, 2019 things started moving towards that and people weren’t willing volunteer their time but really COVID has exacerbated that,” he said. “The only option is to hire full-time staff.”

More than 20 agencies statewide have received a SAFER grant since 2015, according to FEMA’s website. Bloomington is the most recent department to be awarded the funding and it has also received the largest amount, surpassing the City of Minneapolis.

“To go to a full-time model, it’s very expensive for cities it’s not an easy undertaking,” said Vadnais. “I would challenge – we spent full-time for police, why aren’t we spending full-time for fire?”

The full-time model can attract candidates who otherwise wouldn’t consider a career in firefighting by providing a predictable schedule, a salary, and benefits.

More than 120 people attended hiring events in Bloomington this week.

“Turnout was very encouraging,” said Seal. “It’s just a change, a societal change and you’ve got to adjust.”