A 17-year-old from Mahtomedi High School will compete at the Paralympics in Beijing as the youngest person on the U.S. Nordic Skiing Team.

Max Nelson said he got the phone call from Team USA two weeks ago.

“I thought they were joking. I was very excited. I didn’t know what else to say, you know?” Nelson said.

The Mahtomedi High School senior is legally blind but regularly outraces opponents who have full vision.

“At the age of two, I was diagnosed with an eye disease,” Nelson explained. “I can’t see out of my left eye at all. I only have tunnel vision in my right eye and it’s blurry. I have no peripheral eyesight at all.”

Nelson’s coach, Dave Bridges, noted how difficult it is to ski without full eyesight. 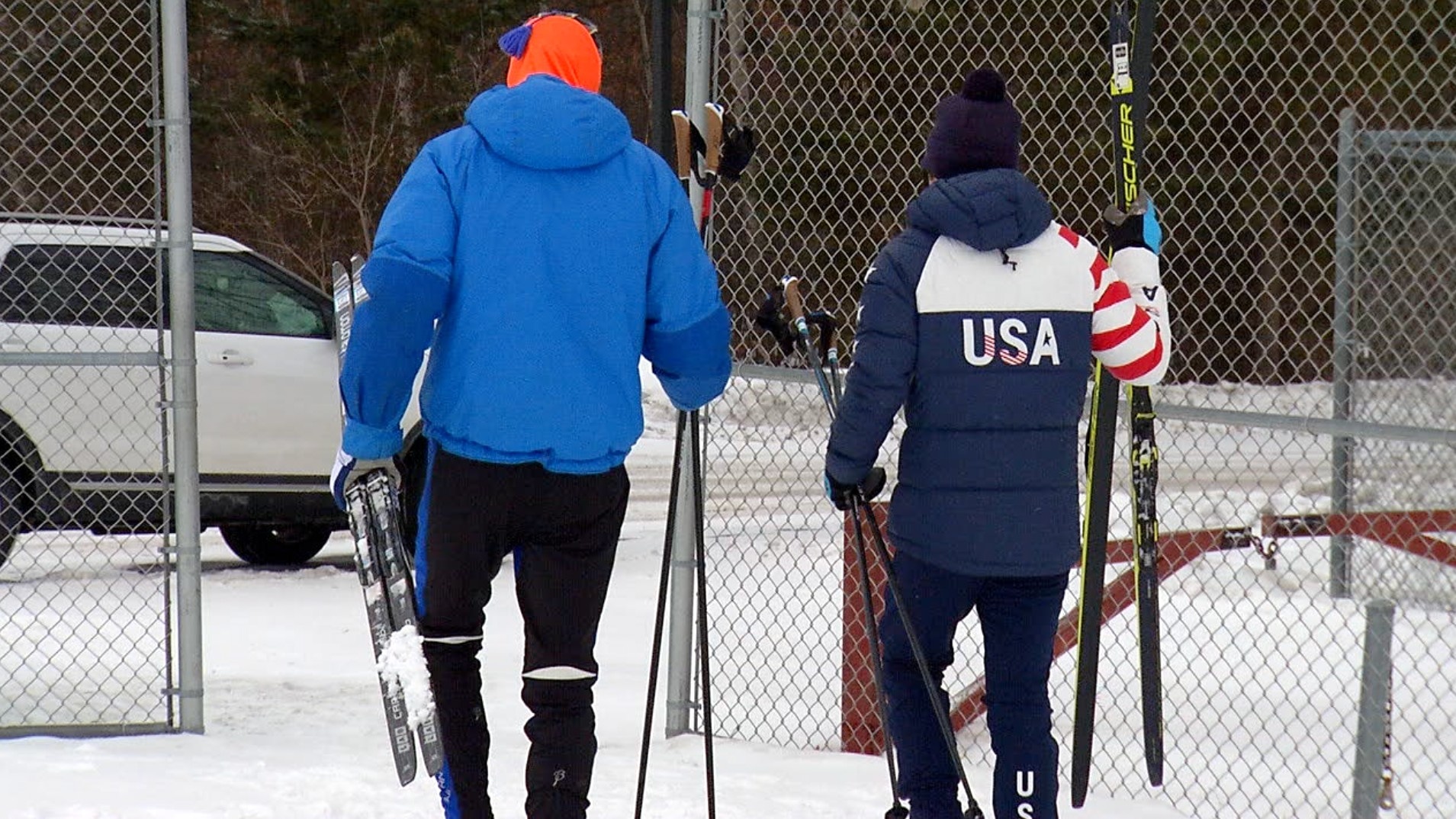 “Skiing involves a lot of vision. You need to pick and choose where you go because you can get better glide or take a better line or avoid a twig or a leaf that’s going to catch your ski. Max doesn’t get to do that,” Bridges said.

Nelson needs a guide to ski in front of him during training and meets. The guide wears bright colors and a microphone, along with a speaker on his or her back to give commands about possible obstacles and turns.

He said it has become challenging to find guides who can keep up with Nelson.

“I’ll tell them how fast Max is and they go, ‘Oh, never mind!’ Because they won’t be fast enough to stay in front of him,” Bridges said.

Bridges said he is impressed with Nelson’s athletic ability and attitude, despite the challenges he has faced.

“I would describe him as indestructible. He always gets back up and keeps going,” Bridges said. “Max’s spirit, he’s got such a can-do attitude.”

When Bridges first started coaching him six years ago, he said he gave Nelson a “Beijing 2022” poster.

“I said, ‘This is our goal. Realize if you make it, it’s going to be remarkable because you’d only be 17,'” Bridges recalled. “But here we are.”

Bridges said cross-country skiers tend to peak in their 30s and noted the next youngest person on the Paralympic Team is 21 years old.

“I’ve been training hard and getting ready for it and I’m very excited to do it,” Nelson said. “I want to thank the man up above. None of this would be possible without him. And I’d also like to thank my coaches and my family.”

Nelson’s skiing career includes many other accolades. He became the first visually impaired skier in Minnesota to win an individual conference title last year. He has also competed in two World Cups — last year in Slovenia and this year in Canada.

Nelson is set to race in the Paralympics Nordic skiing classic sprint on March 9th, the 12.5-kilometer skate on March 12th and possibly the relay on March 13th.

Since he is so young, he is also setting his sights on the 2026 Paralympic Games in Milan, Italy.

Nelson said winning medals at the Paralympics would be an honor, but he also hopes his story can show others it is possible to overcome life’s challenges.

“I want to keep inspiring people,” Nelson said. “That would be the biggest dream of mine, just to inspire more people.”