Dana Lattimore ran her first marathon over the weekend in New York City, alongside her 21-year-old daughter Mya Rose, and the duo from Blaine turned heads the entire way.

Mya has Spastic Quadriplegia, a severe form of cerebral palsy that affects her arms and legs. So Dana pushes Mya in a specialty-made running wheelchair.

The pair have run local races in the Twin Cities, but set their sights this year, entering a drawing to run in the New York City marathon’s special Duo Team Exhibition race.

Dana learned they secured a spot this summer and started training, the duo running together four times a week.

“I want Mya to experience as many things as possible,” Dana said in an interview with 5 EYEWITNESS NEWS. “Since she can’t walk and she will never be able to run, I had to do it for her.” 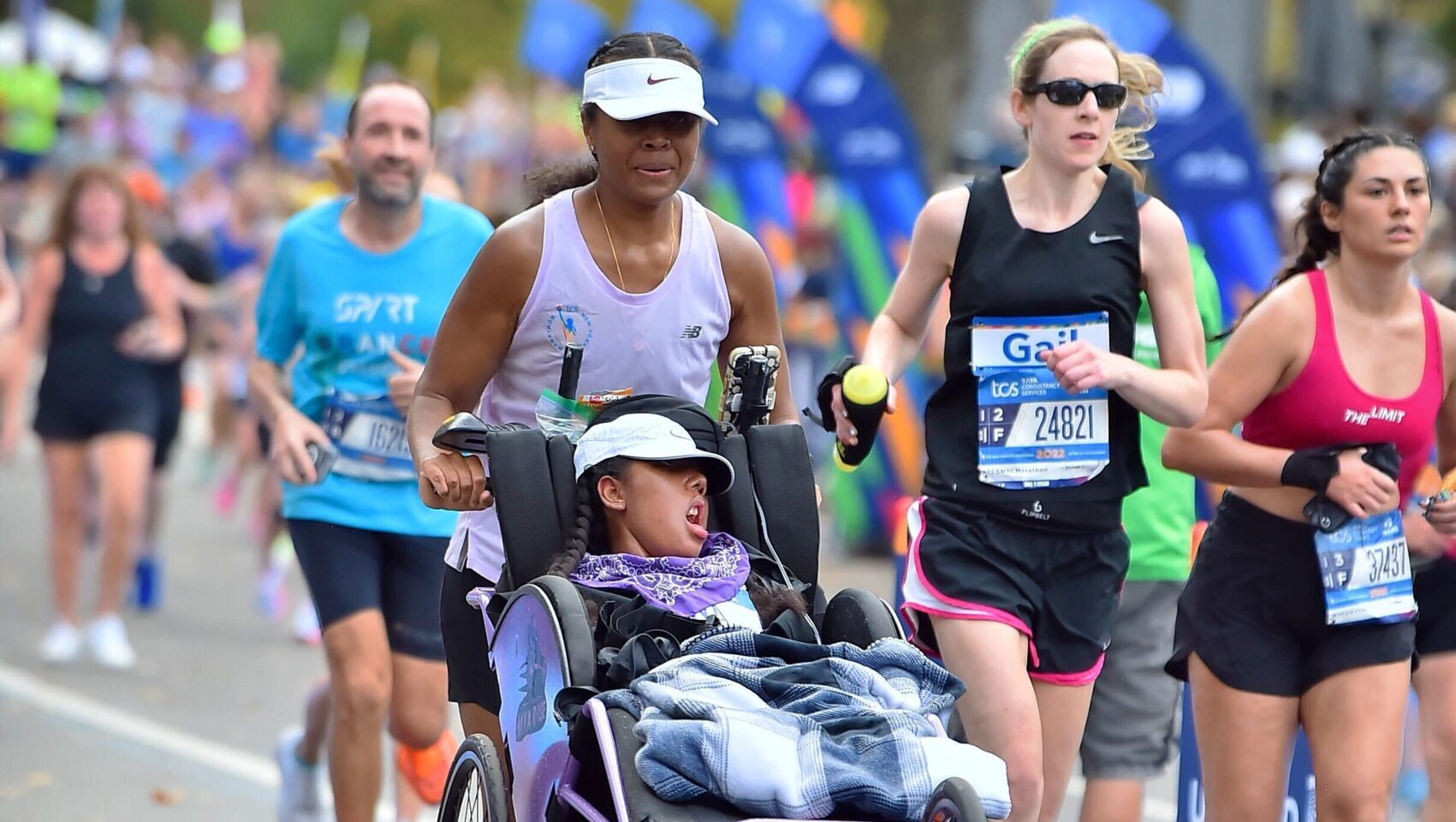 On Sunday, Dana was the only woman among tens of thousands of runners to push a wheelchair the 26.2 miles through the streets of New York. She drew strength from the crowd, her fellow runners and, most of all, from Mya.

“I wanted to stop so many times, but I promised her that I would use every bit of strength to get her through,” Dana said.

Family and friends cheered “Team Mya Rose” from the sidelines, helping them finish in just over six hours. Keith Lattimore, Mya’s father, said the group hopped around the city to catch the mother/daughter duo at different points along the course.

“If she doesn’t give up, I won’t give up,” Keith said, speaking about Mya Rose. “That’s been our motto since she was born, and 21 years later, here we are.”

The family returned home to Minnesota on Tuesday night, finisher medals on display around Dana and Mya’s necks. Dana said she hopes their story will inspire even one person.