The CEO of a major online flower ordering service says they’ve “lost their way” with their partnership with local florists and has committed to making it better.

During the busiest week for the floral industry, 5 EYEWITNESS NEWS connected with a florist in New Prague who hasn’t worked with a major online flower website for months, and the disconnection between larger companies and smaller local vendors is a big reason for cutting ties.

“Ordering online is good,” said Janeil Dropik, owner of New Prague Floral and Such. “But you want to be doing it through a local company who has done their own website and it’s their website — not … somebody who’s sitting in their living room in their pajamas and doesn’t know a thing about designing a flower arrangement. They’re just taking your order."

Dropik ended her partnership with what she and others in the floral industry call "order-gathering websites."

Costing the local shop a fee, the order-gathering websites partner with them. From generating more business, helping with marketing, to improving delivery services, the partnership is aimed to benefit both sides. 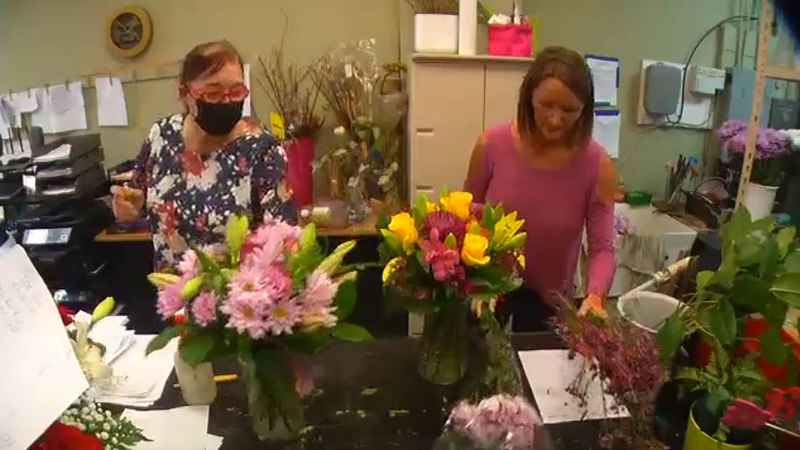 But from misleading verbiage on their websites, drowning in fees, to accusations from Dropik of companies pocketing more money than they should, she says the sites have done more harm than good.

“I can’t remember which one it was, but I went online and they literally took words from [me], that I had handwritten, that I had put on my website and used that same verbiage on their website and claiming to be me basically,” Dropik said.

Dropik mentioned a few sites that she had issues with, but none returned our inquiry to be part of the story.

FTD, who works alongside 1-800 Flowers and BloomNet, did respond to us.

Its CEO, Charlie Cole, sent 5 EYEWITNESS NEWS regarding her frustrations:

“Over the last few decades, floral services, including FTD, lost their way with their most important partners — local florists. The industry defaulted toward a lack of transparency and price gouging to make up for economic headwinds. When I joined FTD in March 2020, I dedicated hundreds of hours reconnecting with local florist partners just like New Prague Floral to get to the root of the problem and understand how FTD can support the businesses that power us. For the past year, as a direct result of those conversations, my team and I have been hyper-focused on investing in our operations in a way that prioritizes our florist partners’ profitability, creativity and, ultimately, success. While this is something that was long overdue, you can expect to see a continued focus on our small business partners in the months and years to come.”

Dropik’s concerns aren’t the only regarding the ordering gathering industry.

According to newjersey.com, Avas Flowers was “caught in a tangle of fraud allegations has agreed to make changes after allegations by customers that it delivered wilted flowers and committed other acts of fraud, the New Jersey Attorney General’s Office said.”

As it stands now, New Prague has one local florist: That’s Dropik. She said not too long ago there were as many as four. By sharing her frustrations and educating her customers, Dropik hopes her town can open up more and it can be as bountiful as her Mother’s Day bouquets.