Just a few months after being sworn in as the new police chief in Big Lake, Matt Hayen is on paid administrative leave while the city investigates a complaint against him, 5 EYEWITNESS NEWS has learned.

Big Lake City Administrator Clay Wilfahrt says the details of the complaint and the ongoing investigation are confidential, but he confirmed the city placed Hayen on leave Sept. 13.

"Chief Hayen is cooperating with the investigation and we are looking forward to the resolution of this matter," wrote Kelly Keegan, a Minneapolis attorney who is representing Hayen.

Big Lake City Council members appointed Hayen as Chief in July. He had been second in command at the police department before Chief Joel Scharf resigned in April.

Scharf had spent about four months on medical leave, citing a recent diagnosis of post-traumatic stress disorder in his resignation letter to the city council. 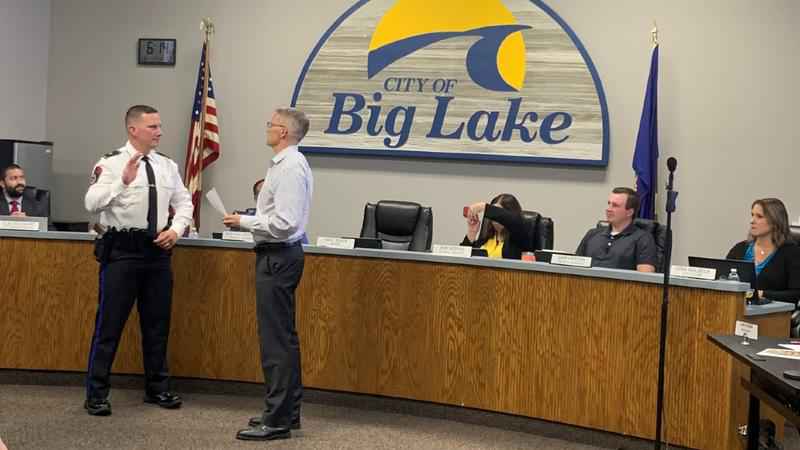 The news that Big Lake’s new police chief is now on leave came as a surprise to residents who spoke with 5 EYEWITNESS NEWS on Monday.

"I’m a little shocked," said Kris Yaccarino. "I hadn’t heard anything about it prior to now."

The continuing uncertainty at the top has added to questions at the department this year.

But Big Lake has also touted itself as one of the safest cities in the state based on some measurements of crime.

Dale Petrowski says he has been a resident of Big Lake for more than 60 years and, without more information about the nature of the complaint, says he will give the city’s new chief the benefit of the doubt for now.

"They’re protecting us," Petrowski said of the police. "They’re putting their life on the line."