Behind the Manhunt: Special US Marshals team tracks wanted Minnesotan

"I think he was a little stunned that we found him in the way we did," said Mike Benbow, tactical operations commander, U.S. Marshals Service special operations group. "It’s a rewarding operation, especially with an ending like this."

Benbow led 20 marshals to make the arrest earlier this week in Red Lake County that had been part of an operation with county and state law enforcement.

“We pretty much felt he was hiding in the woods, he had been known for being that type of individual," Benbow said. 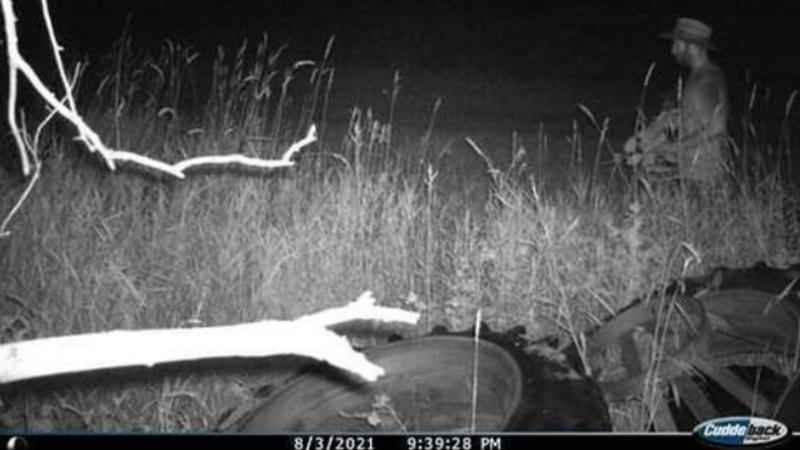 USMS motion-detected camera appears to spot Reinbold in a field on the evening of Aug. 3, 2021.[U.S. Marshals Service]

The special operations group that tracks wanted suspects all over the country came to Minnesota to join local law enforcement in the search last month.

Property owners’ motion-activated hunting cameras captured images that appeared to show Reinbold late last month, which led the marshals to set up their own cameras about 10 miles from the scene of the murder.

On Tuesday night, the marshals’ cameras picked up Reinbold moving around near a property where he looked to be gathering firewood, according to investigators.

A K-9 unit helped pick up Reinbold’s trail, which then led to investigators creating a perimeter.

"It was probably one of the darkest nights I’ve worked, there was no ambient light," Benbow said.

The team wore night-vision goggles with infrared flashlights as they moved in to make the arrest.

"The community was there to thank us — fantastic community — in this day in age, law enforcement isn’t always welcome,” Benbow said. “It was a really good feeling from catching this guy, and getting the thanks from everyone involved."

The victim’s family told 5 EYEWITNESS NEWS they were thankful that law enforcement never gave up the search.

Reinbold appeared before a judge Friday morning, where no bail was set.

5 EYEWITNESS NEWS has reached out to Reinbold’s attorney for comment.