There’s a new way for neighbors in White Bear Lake to get around.

It uses technology to communicate with surrounding vehicles, connect with traffic signals and do everything from steering to braking. There’s always a safety operator on board, and the vehicle can fit about a dozen passengers.

“In case anything goes bad we can always take over with that safety operator,” said Cory Johnson, MnDOT Project Manager.

It’s four stops on a mile-and-a-half-long route that runs weekdays from 9:30 a.m. to 1:30 p.m. Project leaders say they put the shuttle near the YMCA and some senior living facilities in hopes it will provide access for anyone experiencing transportation barriers. 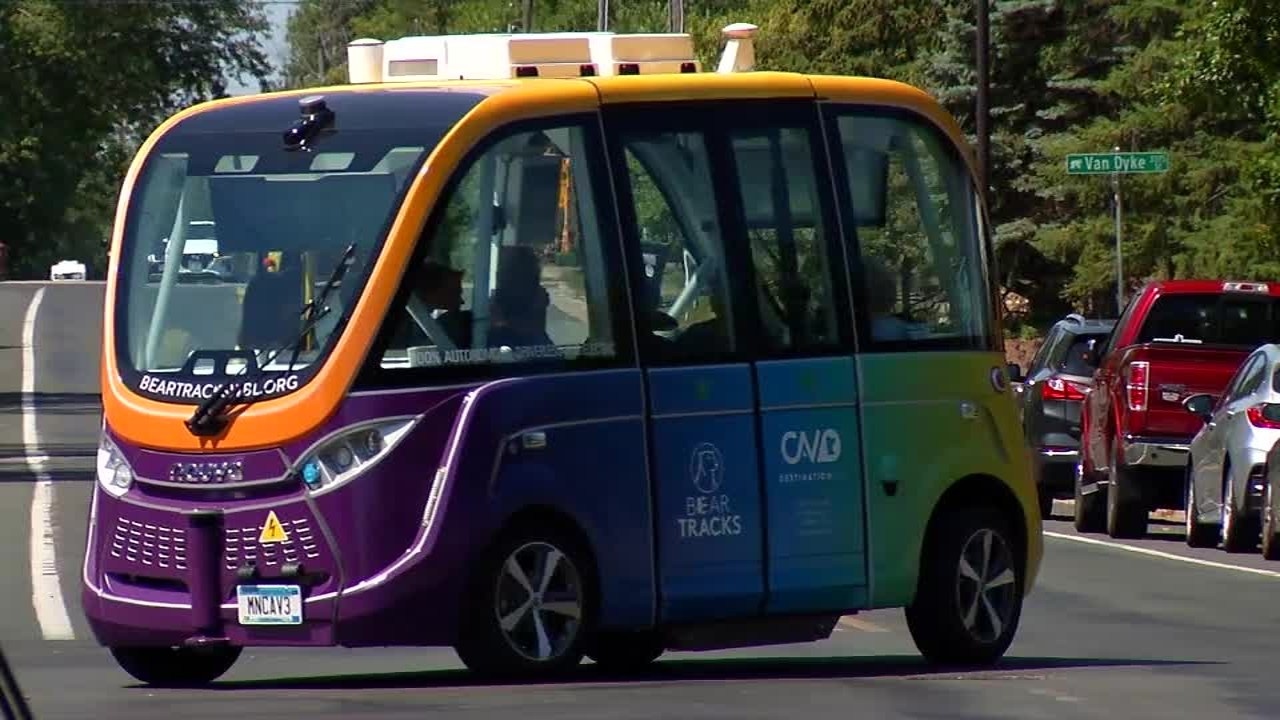 “This project is a great example of a safe alternative transportation choice, particularly for those who might have mobility issues,” MnDOT Commissioner Nancy Daubenberger said.

While this one-year pilot project is serving folks in White Bear Lake, MnDOT says if it’s proven to be effective, more communities across the state could benefit from this technology.

“Our immediate goal is just to learn as much as we can about this technology and how people interact with it,” Johnson said. “That’s the primary goal for this one here, but if it goes well, yeah, I could see the potential other communities picking it up.”

With one similar pilot project wrapping up in Rochester, another is set to begin in Grand Rapids this fall.

“Oh, I think this is a great asset to have something like this implemented,” said Ted Sander, who lives in White Bear Lake. “There’s a lot of short trip things which otherwise, it’s get in the car and drive. Like for us coming to the YMCA — who needs to drive four blocks to get to the YMCA? But a small shuttle like this would serve that need perfectly.”

Those behind the work want to remind folks this is a research project, so feedback is welcome and they encourage people to fill out a survey after the ride.

“It’s fun because it’s learning. They’re learning along the way. They’re not claiming that it’s perfect or that it’s going to solve problems immediately, but I think it’s a good step forward,” said Sam Alley, who rode Bear Tracks on Friday.

More information on the project and the route is available on the Bear Tracks website.