The Minnesota Bureau of Criminal apprehension is investigating after a Brooklyn Center police officer fatally shot a driver during a traffic stop Sunday afternoon.

According to the Brooklyn Center Police Department, officers pulled a car over for a traffic violation just before 2 p.m. near 63rd Avenue North and Orchard Avenue in Brooklyn Center.

Police say the officers determined the driver had an outstanding warrant, and the driver tried to get back in the vehicle while they were trying to make an arrest.

At that point, an officer then shot the driver, and the car kept driving for several blocks before crashing into another vehicle.

The officers and responding paramedics attempted life-saving measures, but the driver was pronounced dead at the scene. 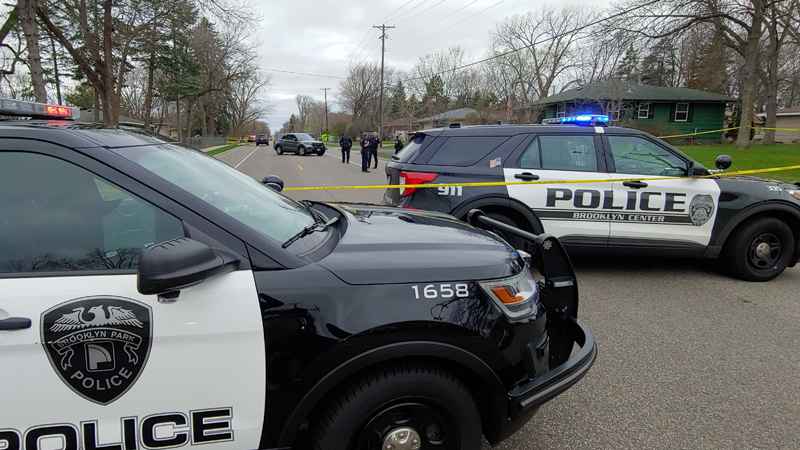 A female passenger in the vehicle was injured in the crash and was taken to North Memorial Health Hospital to be treated for non-life-threatening injuries. The occupants of the other vehicle were unharmed.

Katie Wright, the mother of the driver who was shot, identified her son as Daunte Wright. She also said the passenger in the car was his girlfriend.

The mother told reporters she was on the phone with her son in the moments before he was shot.

"I heard scuffling, and I heard the police officers say, ‘Daunte, don’t run,’ and then the other officer said, ‘Put the phone down’ and hung it up," Katie Wright said. "And a minute later, I called and his girlfriend answered — that was the passenger — and said that he’d been shot, and she put it on the driver’s side and my son was laying there lifeless."

Police said they believe body-worn cameras and dash cameras were activated during the incident.

Brooklyn Center Police Department Mike Elliott called the shooting "tragic" and urged protesters to remain peaceful and asked police not to use force.

Gov. Tim Walz said he was "closely monitoring the situation in Brooklyn Center."

"Gwen and I are praying for Daunte Wright’s family as our state mourns another life of a Black man taken by law enforcement," Walz tweeted.

In a statement, the American Civil Liberties Union of Minnesota denounced the shooting and called for a thorough and transparent investigation by an agency other than Brooklyn Center police or the BCA and for the release of all body-worn camera and dash-camera footage.

"The ACLU-MN has deep concerns that police here appear to have used dangling air fresheners as an excuse for making a pretextual stop, something police do all too often to target Black people. The warrant appears to be for a non-felony," the statement said.

"While we are waiting to learn more, we must reiterate that police violence and killings of people of color must end, as must the over-policing and racial profiling that are endemic to our white supremacist system of policing."

This is a breaking news story. Stay with KSTP as we work to get more details.