The Plymouth Police Department is seeking the public’s help locating a vehicle involved in a fatal shooting Tuesday night on Highway 169, south of County Road 9 in Plymouth.

Police said around 10 p.m. two vehicles were traveling southbound on Highway 169 when a suspect in one vehicle shot at another vehicle, hitting the driver. The suspect then fled the scene. Plymouth Police Chief Erik Fadden said it is believed the two were involved in an altercation of some sorts.

Once the driver of the vehicle was shot, Fadden said the victim’s vehicle ran off the highway and crashed into a parking lot of an apartment complex that’s located on the 3900 block of Lancaster Lane North.

"I heard a very loud crash, very loud crash," said Michelle, who lives in the apartment complex. "I’m a person of faith, and I was just like thinking about him. I felt like I needed to come out and give him a prayer for him and his family." 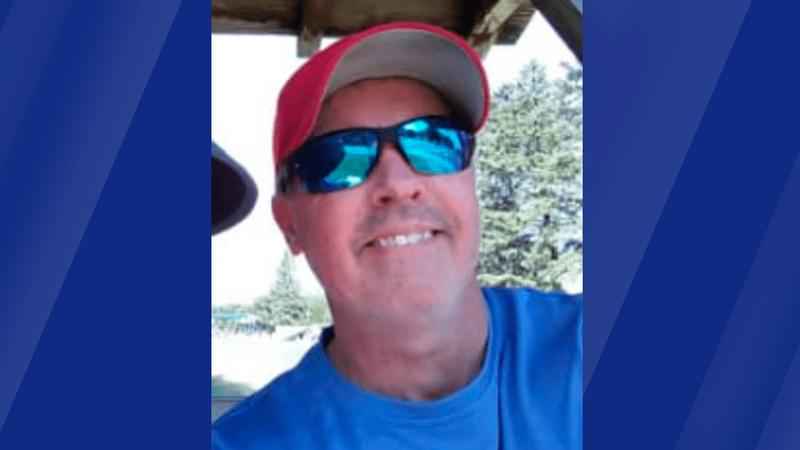 Jay Boughton[courtesy of a family friend]

Police are attempting to locate the vehicle, which is believed to be a light-colored SUV, possibly a Chevrolet Tahoe, Suburban or similar vehicle. The suspect vehicle reportedly has damage to the driver’s side rear bumper.

The driver of the other vehicle was transported to North Memorial Medical Center in Robbinsdale, where he later died. The Armstrong-Cooper Youth Baseball Association (ACYBA) confirmed the victim was one of their assistant coaches on their 15AAA team, Jay Boughton. However, he will be officially identified by the Hennepin County Medical Examiner in the coming days.

Armstrong-Cooper Youth baseball confirm one of their assistant coaches on their 15AAA team, Jay Boughton, was fatally shot while driving home from a baseball game last night. The shooting happened on 169 In Plymouth. @kstp

The ACYBA issued a statement to involved families, confirming Boughton died in the incident Tuesday night as he was on his way home from coaching a game. The statement indicated Boughton’s son was in the car with him.

"The senselessness of this act is beyond understanding," the statement read, in part.

The ACYBA said Boughton and his wife were active within the association and that in addition to being an ACYBA assistant coach, Boughton was also active in youth soccer.

"There have been numerous emails shared today about Jay and what a wonderful coach, parent and husband he was. Jay was the one of those guys who would do anything for anyone at any time and always with a smile," the ACYBA went on to state. "The ACYBA Board extends our deepest sympathies to the Boughton family and those who knew them."

"First anger, to be honest with you. Sadness," said Scot Cybyske, a friend of Boughton’s for several years.

"Jay was a pillar of our baseball community," Cybyske added. "Always positive, always clapping. The boys could be down by 15 runs and he was encouraging individuals. Never raised his voice. Cool, calm, and collected."

A GoFundMe has been created for Jay. As of Thursday morning, funds had eclipsed $20,000.

During the news conference Wednesday, Fadden held back tears as he said, "This was one of the most tragic events that I have witnessed in my 20 years in policing. It was truly a senseless act that resulted in the loss of a human life and our thoughts and prayers go out to the family, friends and those affected by this horrible event."

"I’ve had friends die, but I’ve never had a friend murdered," said Joe Higgins, a longtime friend. "And to have him die in that manner, just shocking. Hard to wrap your head around."

"So tragic. Couldn’t believe it happened to such a wonderful person, in the manner it did," Higgins added. "Such a senseless crime. To not see him in the stands with us, the next time we’re at a ball game, it’s going to be hard."

A GoFundMe page has been set up to support Boughton’s family.

Anyone with information about the incident is encouraged to contact Captain Michael Reed at 763-509-5178.

The Plymouth Police Department is investigating the incident with assistance from the Minnesota State Patrol and Hennepin County Sheriff’s Office.