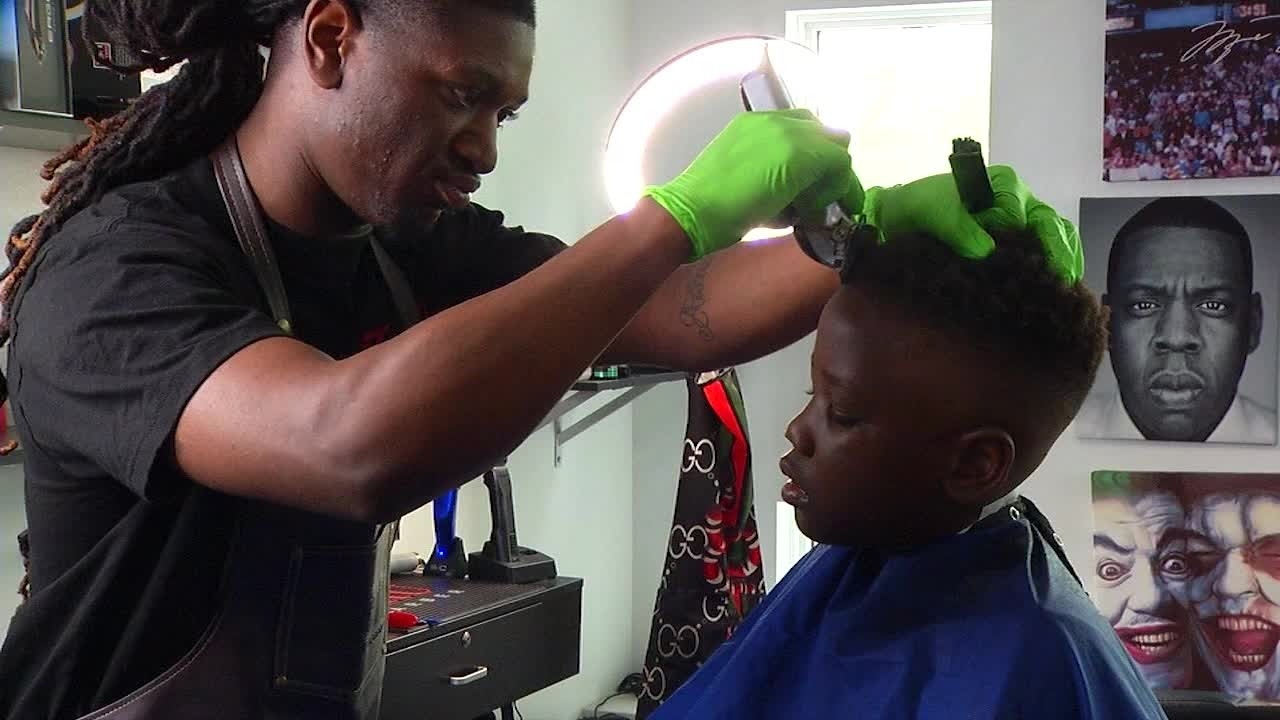 As violent crime increases in Minneapolis, community activists are getting creative to keep guns out of the hands of young people.

Faded Barbershop located in Uptown is sending out a clear message to the community to stop the violence in Minneapolis.

They’re hoping to make a difference one haircut at a time.

“Trying to do something good for the community to let them know that there’s some good that can happen in our city,” Edward Davis, Faded Barbershop owner, said.

If you sit in Davis’ chair at the Faded Barbershop, you get a package deal: a haircut and conversation.

It’s been his goal to steer kids in the right direction so the youth can look better, feel better and do better.

“It feels good somebody’s taking a positive approach and trying to take a look at the gun violence and do something about it so that’s huge,” Craig Williams, grandparent, said.

One of the efforts is the first annual “Guns Down, Faded Up” event offering free haircuts to the youth while encouraging them to stand up against violence in Minneapolis.

“I’m from the inner city. I’ve seen it. I just think it’s a horrible thing that’s going on in the city with our kids,” Davis said.

Walter Thomas, 18, said Davis is one of his mentors steering him in the right direction.

“I think we can do a lot of change. I lost a couple homies to gun violence,” Thomas said. “Not everybody has a roof over their head. I can say I did because the barbershop, that’s my roof over my head. I had people looking over me, protecting me and showed me the right or wrong paths.”

Davis said the youth deserves more than just a haircut, but a chance at a future.

“It was time to do something positive for the community and for the kids. I’m just trying to be that light,” Davis said.

“It’s a cycle. I appreciate Cole and Ed breaking that cycle with me because I can see that I want to make change too now,” Thomas said.

The barbershop wants to make this a yearly event.

Faded Barbershop is also planning a back-to-school drive with free haircuts to help the youth in the community.