Baby who weighed one pound at birth an inspiration to many, continues to beat the odds

A baby from Isanti who weighed one pound at birth is an inspiration to many as he continues to beat the odds.

“I was in disbelief that it was even possible what I was witnessing, as far as him being in the world that small,” said Brave’s father, Nick Lee.

His wife, Shacreya Lee, was 22 weeks pregnant when she suddenly started to experience severe pain and cramping one night in May.

The Lees rushed to the emergency room at St. John’s Hospital in Maplewood. 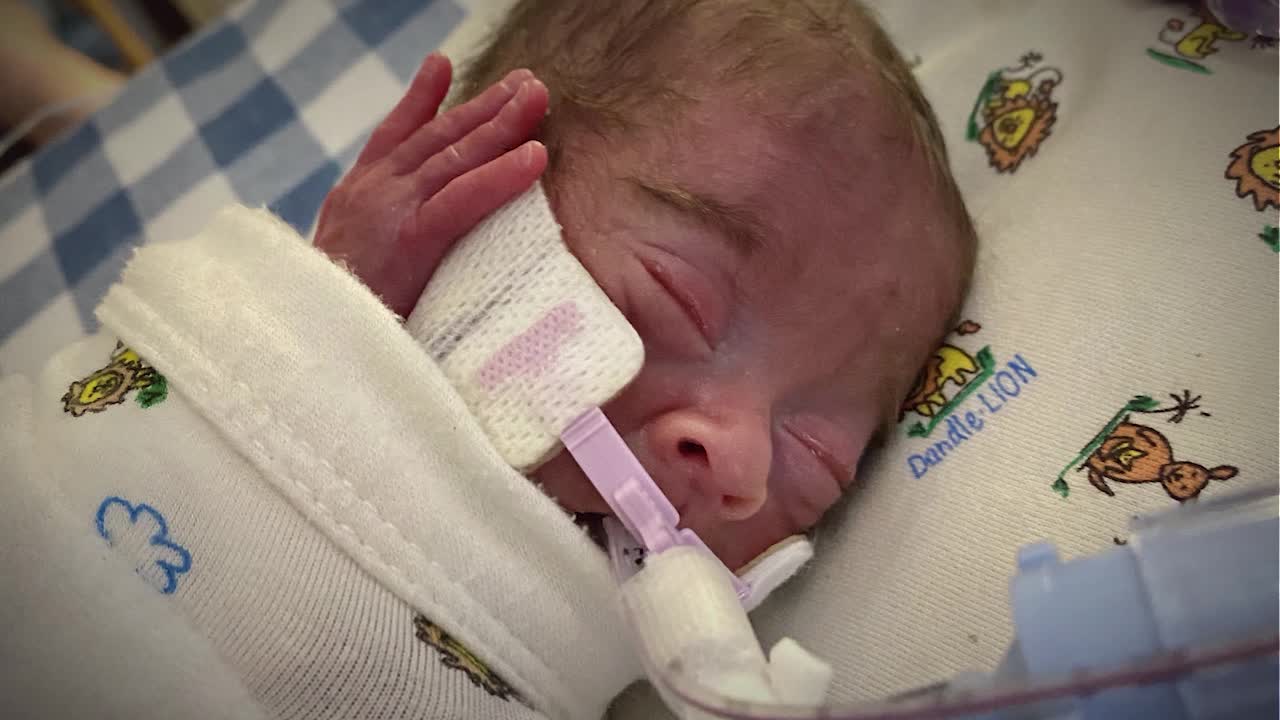 “They did two checks for a heartbeat. The first two checks didn’t come back,” Nick Lee recalled. “And that’s when it kind of settled in, that I think we lost him.”

The couple was told they might deliver a stillborn.

“But then somebody in the room said, ‘Just check one more time.’ And they found a very, very faint heartbeat,” Shacreya Lee said. After the heartbeat was detected, Lee was whisked away to have an emergency c-section performed.

“The whole time, I was just crying, pleading to God in the waiting room,” Nick Lee said. “Then the doctors came in and told me, ‘Baby’s okay. Mom’s okay. But if you would’ve been a minute later, he wouldn’t have made it.'”

According to the Centers for Disease Control and Prevention, only 0.13% percent of babies in the United States are born weighing less than one pound, one ounce.

Shacreya Lee said Brave was so tiny, that he could fit in the palm of her hand.

“Size comparison at birth, I would say he was maybe my cell phone,” Shacreya Lee said.

Brave is currently in the NICU at M Health Fairview Masonic Children’s Hospital in Minneapolis.

He has had two heart surgeries and continues to show improvements in his growth and development.

“He has already shown us that he is very strong,” said Dr. Melissa Engel, a neonatologist who is part of Brave’s care team in the NICU. She said babies born at 22 weeks gestation, who survive the critical first week of life, have a 60-70% chance of survival.

“A lot of them can grow up to lead normal lives. To be able to go home to their families is just amazing, so it’s very inspiring,” Engel said.

He is still on a ventilator, but his parents said all of his recent brain scans look good.

The Lee’s said they are receiving support from all over the state, thanks to what they call the #BraveArmy. They believe Brave’s story is a reminder of how beautiful and precious life is.

Nick Lee said, “There’s always going to be odds stacked against you in life. You just have to find a way to beat those odds.”

If you’d like to follow Brave’s journey, a Caring Bridge page has been set up for him.

A GoFundMe page has also been set up for the family to help with Brave’s medical expenses.