Author of marijuana, sports betting bills predicts passage of both

Minnesota state Rep. Zack Stephenson, DFL-Coon Rapids, is the author of some of the most-talked about bills in the Minnesota Legislature, including legalization of recreational marijuana and sports betting.

In an interview recorded for “At Issue with Tom Hauser” to air Sunday, the chair of the House Commerce Committee predicts both bills will pass.

“Minnesotans are ready and I would say there’s bipartisan support for this,” he says of the recreational marijuana, or cannabis, bill that will have another hearing on Tuesday. “I hear from Republican members on a fairly regular basis with interest in it, indicating they’d like to find a way to get to support.”

Stephenson says he’s cognizant of opposition from law enforcement, safety groups and parents concerned about kids getting greater access to marijuana even though it would only be legal for adults 21 and older.

“Those are important issues. We want to make sure we have safe roads,” he said. “We want to make sure we keep these substances out of the hands of very young children for example. And so we’re developing policies in the bill to accomplish those goals. We’re learning from both the successes and the mistakes that have been made in other states.” 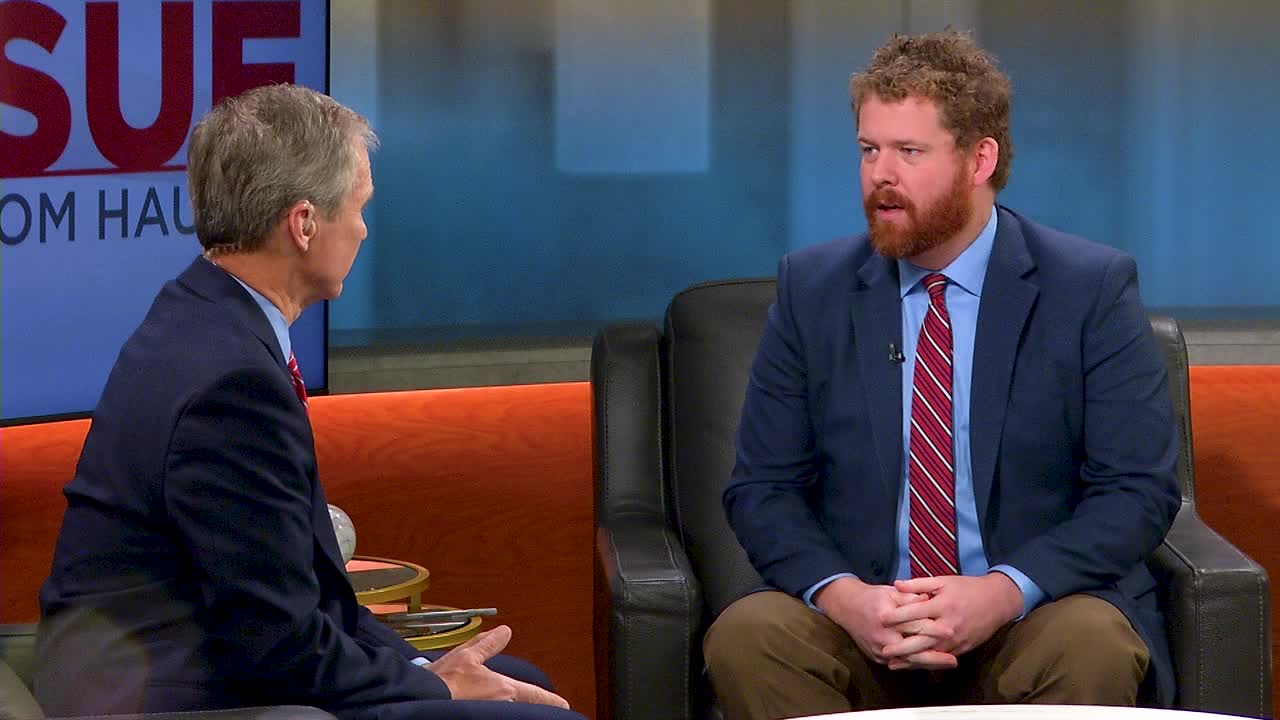 Sports betting is less sure to pass, but Stephenson says he’s confident of passing a bill in the House that includes a partnership with Native American casinos to start, but continuing talks with the state’s two horse tracks.

“I’m optimistic we’ll pass sports betting this year,” he said of his sports betting bill. “We’re a little earlier in the process than we are with cannabis. We’re still developing, refining the language from last year…but I think we’ll get there.”

You can see the entire interview about this issues and more on Sunday morning at 10 a.m. on “At Issue.”