More than a week of 90 degrees temperatures is affecting Minnesota lakes.

The Minnesota Pollution Control Agency says the heat and little rain this June are making lakes look more like August when it comes to algal blooms. The agency has already received a number of reports of toxic blue-green algae on lakes.

"A lot of sunlight, a lot of high temperatures, that’s what the algae really feed off of," Pam Anderson with the Minnesota Pollution Control Agency explained.

Typically algae found on lakes is harmless, but blue-green algae can be harmful for pets and young children.

"The one we’re starting to see show up on the lakes is blue-green algae. These algae have the ability to produce toxins. They don’t all do it, but they have the ability to do it, and we can’t tell by looking at them if they’re toxic or not," Anderson said. 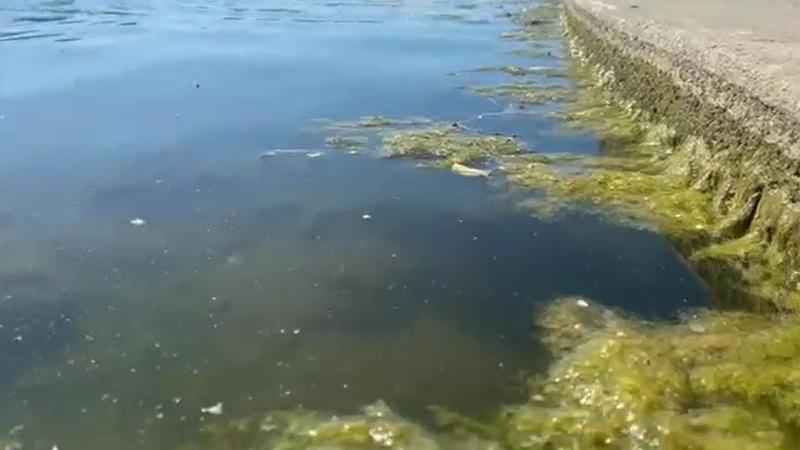 Blue-green algae often has a neon glow or can look like greenish bundles or grass clippings.

"What becomes problematic is small children are playing in the water and because they’re smaller, it doesn’t take much to impact them and pets, certainly, because they drink the water," she said.

If ingested, blue-green algae’s toxins can be deadly, so it’s important to keep kids and pets from drinking lake water.

Always rinse off after swimming and make sure your pets are not licking off algae on their fur. Signs of algae poisoning include vomiting, diarrhea, weakness or difficulty breathing. If you notice these signs after swimming, contact medical care or a veterinarian.

"If this weather continues, we can expect to see a pretty long summer of relatively green conditions on our lakes," Anderson said.