The pandemic hurt many businesses facing frequent and prolonged closures or restrictions in 2020 and 2021. However, municipal liquor operations continue to increase sales and profits. Although profits only went up 1.3% from 2020 to 2021 due to inflation on the operating expense side, sales went up 3.2%. That’s the 26th straight year Minnesota’s municipal liquor sales increased.

However, the report shows different stories for traditional liquor stores — those that can only sell liquor to be consumed somewhere else — and stores that can sell liquor for consumption at the store, like bars.

“This year is a study in what happens after a pandemic,” said Minnesota State Auditor Julie Blaha at an event in a Savage municipal liquor store releasing her Analysis of Municipal Liquor Store Operations. “It’s the first year we really have data where we can talk about how are things going to look as we come out of the pandemic.” 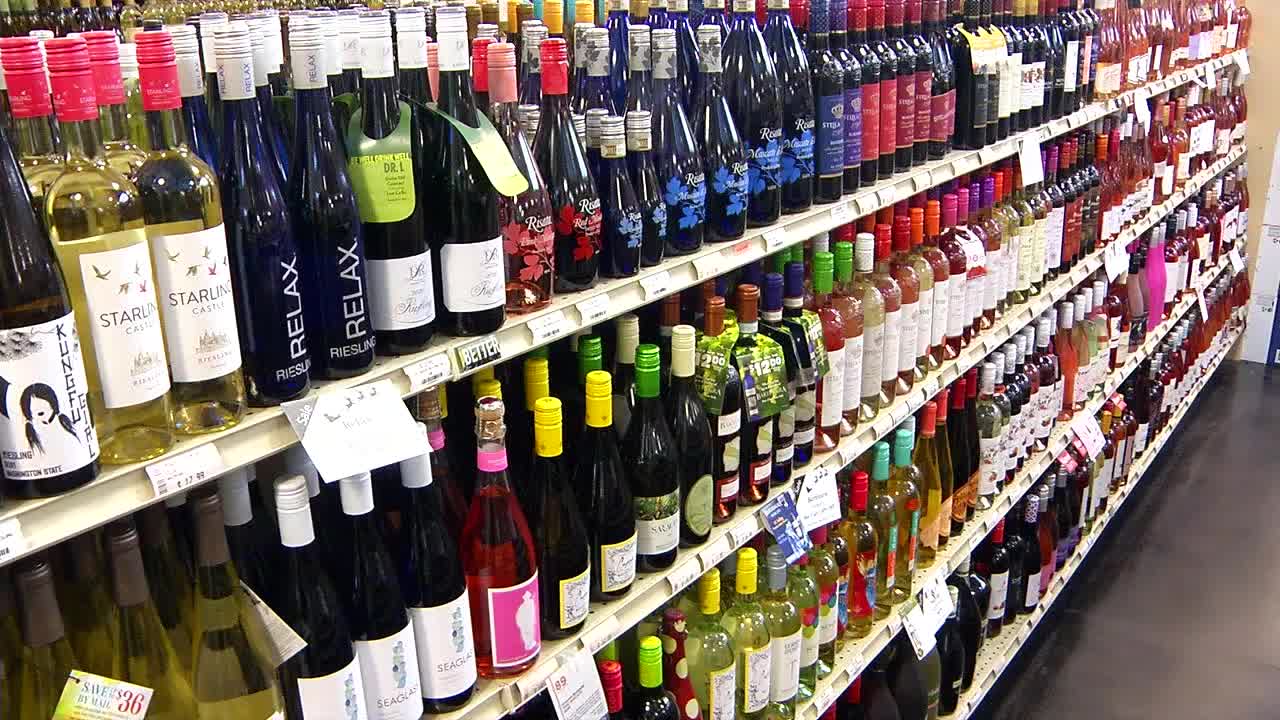 Bottles of wine sit on the shelves of Marketplace, the municipal liquor store in Savage, on Thursday, Dec. 15, 2022. (KSTP)

“The most striking data point is the historic increase of on-sale operations profit and sales. After struggling during the closures of 2020, Minnesota’s on-sale liquor operations bounced back with a 105% increase in profits for 2021,” Blaha said. “In addition to strong profit growth, the number of unprofitable on-sale operations declined from 35 in 2020, to just seven in 2021.”

On-sale operations were hit hardest by COVID-19 pandemic restrictions and accounted for 35 of the 37 municipal liquor stores that saw net losses in 2020.

The auditor’s report also shows that only 13 cities saw net losses for their liquor stores last year out of 212 municipal liquor operations. 12 of those 13 were in Greater Minnesota — Brooklyn Center being the metro location — although only 18 total municipal liquor stores are located in the seven-county metro area.

“As a city-owned operation we want all businesses to be successful within a community and when restaurants and bars got shut down off-sale liquor was a recipient of a lot of additional sales,” says Brenda Visnovec, the liquor store operations manager in Savage.

Cities that do turn a profit rely on that money for a variety of city services so they can take pressure off property taxes.

“We’ve had municipal liquor for a long time so there’s been a lot of improvements with regards to streets and other public facilities,” says Janet Williams, Mayor of Savage.

She says the city has used profits to pay off bonds on a new public library, park improvements, an environmental learning center and new energy-efficient lighting on city streets.

However, 20 cities will have to hold a public hearing to discuss whether or not their municipal liquor stores should continue operating. Those hearings are required by state law for cities whose operations have a net loss in at least two of the past three years. Those municipalities include:

State law allows municipalities to own and operate liquor stores to control alcohol sales but also, for many in Greater Minnesota, to provide access and convenience to areas that struggle to attract privately-run establishments and to offer another source of revenue.