Two former police chiefs from Big Lake were at the center of an investigation by federal authorities, according to a more than 70-page report obtained by 5 INVESTIGATES on Thursday.

One of those former chiefs, Matthew Hayen, resigned last week as the city prepared to release the details of its own internal investigation which determined Hayen made "multiple untruthful and inaccurate statements" and violated department policy after he and his predecessor, Joel Scharf, bought handguns from Streicher’s in Plymouth last July.

The Bureau of Alcohol, Tobacco, Firearms and Explosives and the FBI each launched "criminal inquiries" after investigators found Hayen altered a city form that allowed him to bypass the standard background check to purchase a gun.

By hand, Hayen changed the number of guns he could buy from one to two, allowing Scharf to also purchase a gun. The investigation noted that an employee initially declined to sell to Scharf because he had moved out of state and no longer had a valild Minnesota address.

Investigators also found Hayen "falsely attested that he was the actual … buyer of the firearm" that was purchased by Scharf. 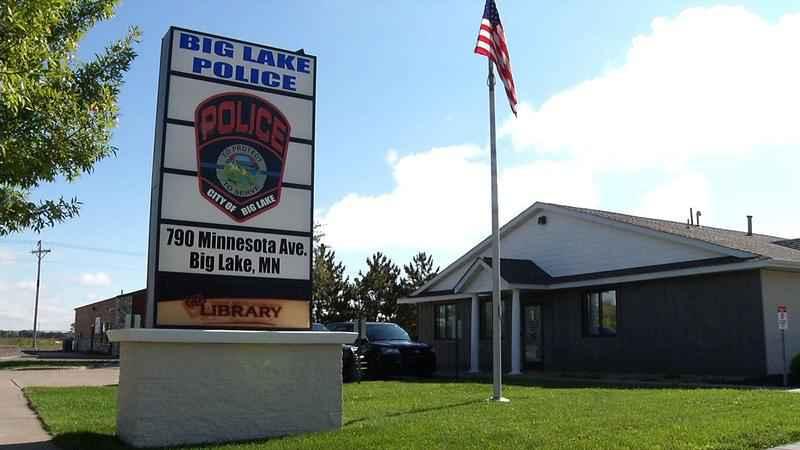 The U.S. Attorney’s Office declined to file criminal charges against Hayen, but the ATF sent him a warning notice of straw purchasing.

In a statement to 5 INVESTIGATES, Hayen said Scharf filed a complaint against him as retaliation for comments Hayen made to agents with the Minnesota Bureau of Criminal Apprehension who were investigating allegations that Scharf tried to interfere in city council elections in 2020.

RELATED: Police chief who quit citing ‘PTSD’ was under criminal investigation when he resigned

"Mr. Scharf retaliated by devising a series of events to remove me as Chief," Hayen said in the statement. "I take responsibility for my actions, and I never had any intention of being dishonest or jeopardizing the public’s trust."

The private consultant the city hired to investigate the incident also noted that Scharf "likely had ulterior motives for a making his complaint."

"I was employed with the Big Lake Police Department for nearly six years and was promoted as a leader within the department by former Chief of Police Joel Scharf. When I would not follow Mr. Scharf’s directives after his retirement, and after he learned I spoke with the Minnesota Bureau of Criminal Apprehension investigators regarding allegations he improperly campaigned against a city council member, Mr. Scharf retaliated by devising a series of events to remove me as Chief. Believing I was finalizing his employment with the department, I helped him purchase his department issued firearm – a transaction in which he was the sole beneficiary and an active participant. I never would have participated had I better understood the legal technicalities, as I relied on the advice of the federal firearms dealer/retailer and Mr. Scharf.

"While I wish the outcome could be different and that the City would have been more transparent with this process, to the citizens of Big Lake, the Big Lake City Staff and most importantly, to the officers of the Big Lake Police Department, I take responsibility for my actions, and I never had any intention of being dishonest or jeopardizing the public’s trust. I truly enjoyed working for the City of Big Lake and looked forward to a long career serving as your Chief."

"He was led in this direction by a whole situation. It was not a ‘Matt Hayen issue.’ There was more parties involved," Molly Hayen told the council. "Matt is a good person. He’s a family man. He has never wanted anything but to be an officer and he never would have done anything to jeopardize that or your trust if he knew it was wrong."

"In my opinion, he made a pretty gross mistake," Knier said during the meeting. "We’re not the first organization, the first community that is going to have to let go a good man, a good employee because they made a mistake. It happens."

Joel Scharf, who now lives in Arizona, has not responded to multiple requests for comment.