At least 300 Afghan refugees can be welcomed in Minnesota, but ‘could be more’

A source confirmed with 5 EYEWITNESS NEWS that a total of at least 300 Afghans can come into the state to seek refuge. That number could grow, however.

Special Immigrant Visas (SIVs) are a form of immigration status for people who have directly assisted the United States military. Some refugees may apply for the status if their lives are in danger because of their connection to U.S. forces. Those who are approved for this type of visa complete security vetting prior to approval and have a pathway to permanent status in the country. This does not pertain to every person seeking refuge, however.

Once in the country, people with an SIV status access the same infrastructure of supports and services available to people who enter the U.S. Refugee Admissions program. In Minnesota, the infrastructure in place to resettle refugee families will be used to support any Afghan families who are placed here, according to the DHS.

"People are leaving behind everything they had, and all the people in their [lives] that have given it meaning until now," Jane Graupman, executive director of the International Institute of Minnesota, said. 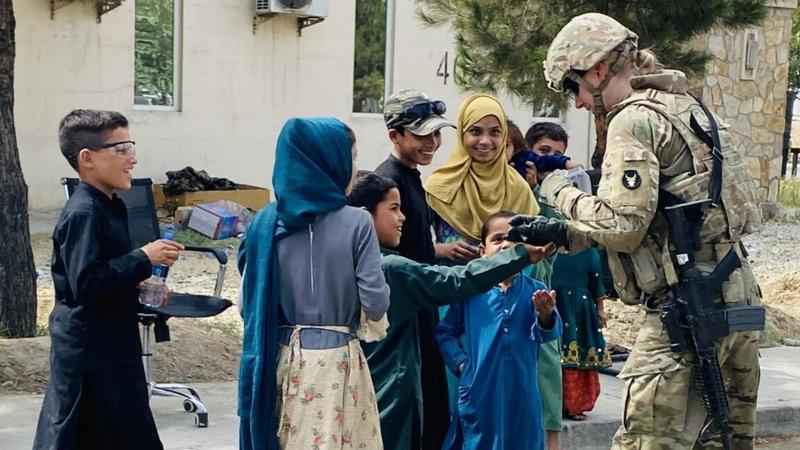 Graupman says in the last week or so, two Afghan families, including a physician who helped the U.S. government, have been resettled in the state.

"The picture is getting clearer every day … our best guess in Minnesota is going to be around 300 [Afghan refugees], but it could be more than that," Graupman added.

At Arrive Ministries in Richfield, donations are coming in to help 35 Afghan refugees who are already coming in the days ahead.

"I think people’s hearts are breaking and they want to get involved and help. It’s such a blessing," said Mike Bergman, the executive director at Arrive Ministries.

But, Bergman says when those who escaped Afghanistan are coming remains up in the air.

"We don’t know what it is potentially 24 hours ahead of time," he said. "It could be five families of seven, or seven families of five, or other multiples of that."

KSTP will update this story throughout the day. KSTP’s Eric Chaloux will have more on this story on 5 EYEWITNESS NEWS starting at 4:30 p.m.