According to the Minnesota State Patrol, crews with the Minnesota Department of Transportation arrived at the scene, located at McKnight Road, around 1 a.m. to repair the guardrail from a crash which had happened previously in the area.

That’s where they say they found the scene of a motorcycle crash that had happened around 6:40 p.m. Wednesday.

Authorities say a motorcyclist headed west on Highway 36 at McKnight Road drove into the center median, and landed behind the guardrail. The State Patrol adds no 911 calls were received for that crash.

The State Patrol’s incident report states the driver was pronounced dead at the scene when first responders arrived at the scene Thursday morning. 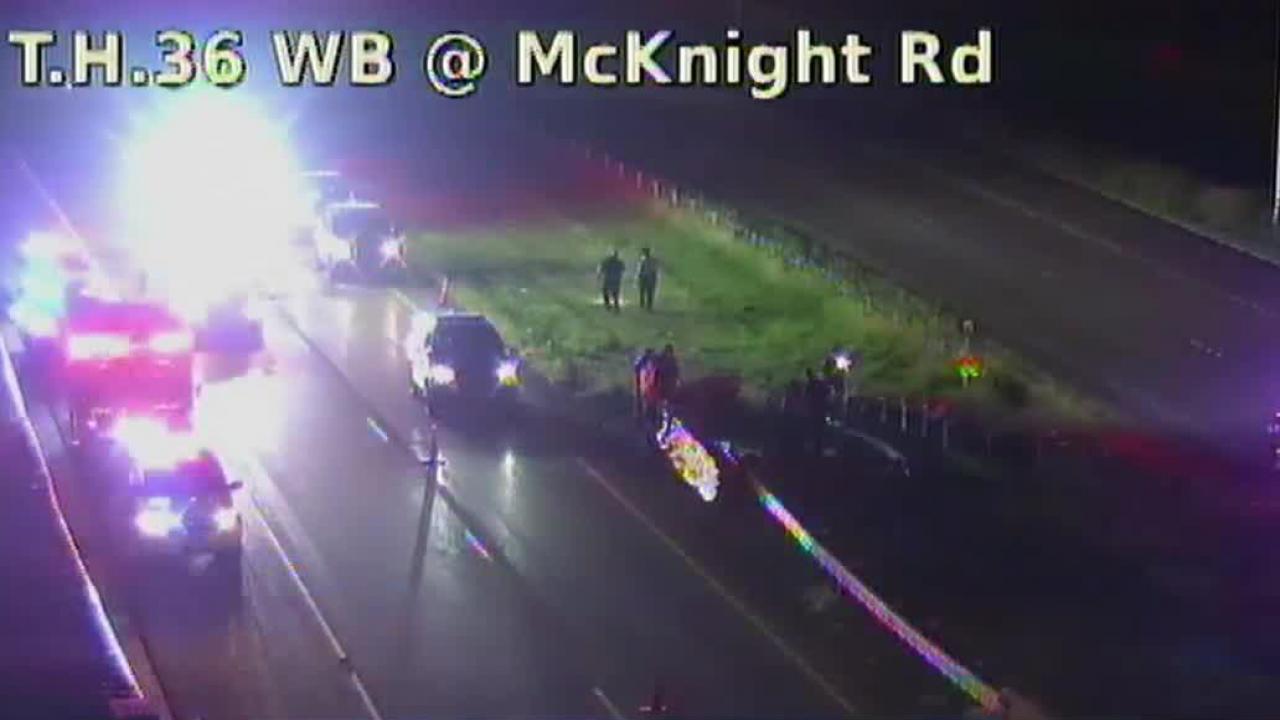 A traffic management camera shows the scene of what the State Patrol says is a fatal crash in North St. Paul on the morning of Thursday, Aug. 11, 2022. Credit: MnDOT

The motorcyclist was identified by the State Patrol as 41-year-old Cameron Dahm of Oakdale.

Dahm wasn’t wearing a helmet at the time of the crash.

It is unknown if alcohol was involved.

It isn’t clear how many people were involved.