As Ukrainian refugees struggle to find schools, a Minnesota nonprofit steps in to help

For Iryna Pavlyk and her 12-year-old son Artem, it’s a new beginning.

“I just had to do my best to demonstrate, to show my kid that he will have a normal life,” she says. “His life will continue.”

In late February, the mother and son were caught in the midst of the Russian invasion of Ukraine. They could hear heavy weapons fire from their home just outside Kyiv.

“We were woken up early in the morning on the first day of war by all these explosions,” Pavlyk recalls. “Went out on the balcony and saw all these fires.”

She made the hard decision to evacuate. 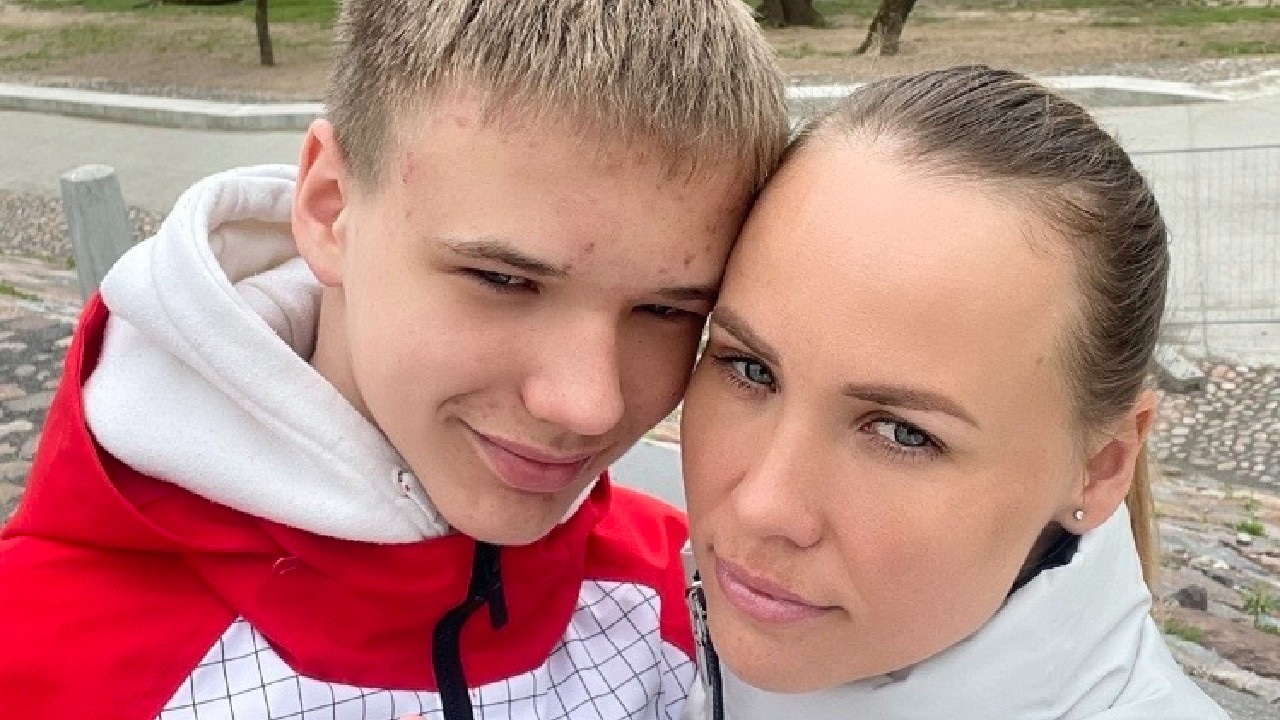 Iryna Pavlyk, right, poses with her son, Artem. The mother and son fled their home near Kyiv, Ukraine, and found a new home in Lithuania. (Courtesy of Iryna Pavlyk)

They fled to western Ukraine, staying for several weeks, before leaving the country on March 11. After traveling through seven countries, Pavlyk and Artem settled in Lithuania.

But there was another wrinkle: Pavlyk couldn’t find a school for Artem, a sixth grader.

“I was shocked that the answers were all the same at every school,” she remembers. “You are from Ukraine, there are no vacant places for you.”

So Pavlyk began browsing the web and found Erudito Lyceum, a private school in Kaunas, Lithuania.

She says she got an answer back a day after sending the school a note.

“They were just proposing totally free-of-charge education,” Pavlyk says. “For me, it was very unexpected. We had not paid for anything, neither for education, neither for food.”

Gavrilyuk is the founder of the Minnesota nonprofit Rebuild Ukraine. One of the group’s missions has been to donate $15,000 to Erudito Lyceum.

A free education for Ukrainian kids exposed to the horrors of war.

Gavrilyuk says he’s met some of them personally.

The school now has 30 Ukrainian students, from pre-K to the 11th grade.

Gavrilyuk says there’s a full curriculum and psychological counseling for the youngsters.

“I think seared in their hearts, they will have both the memory of atrocities, which is so tragic and unfortunate,” he says. “But also the memory of profound care, love, and just active compassion that is shown to them by Minnesotans, and also the people in Lithuania.”

He adds the money will fund the education of 30 students for four months.

Meanwhile, the nonprofit has opened up a school for 100 students in Montenegro.

Twenty refugee teachers will be on staff there through June, Gavrilyuk says, then the facility will be converted into a summer camp.

And that’s not all.

“Rebuild Ukraine will be providing stipends for students to be rehabilitated at summer camps in the Carpathian Mountains,” Gavrilyuk explains. “The idea is to send a child for two weeks to a summer camp where they could be provided therapy, with athletics classes, and also with trips with swimming and other things.”

As for Artem and his mom? Pavlyk says her son is enjoying school, especially science and English classes. He plays soccer and even has taken up boxing lessons.

She adds she’s picked up some freelance work as an IT consultant.

Pavlyk says there’s something else: Since Artem started classes in March, he’s a different kid, hungry to learn.

“Every morning, even now he’s going to school happily, with a big desire,” she said. “He said to me, ‘Mom, you can’t imagine, teachers here are like friends, we can talk with them freely. Any subject, any talk, they can help us anytime.’”

Pavlyk says she’d like to return to Ukraine, but for now, she says, having her son safe and back at school is more than enough.

“He is safe now and can continue a normal life,” Pavlyk said. “I hope this will all finish soon and all the Ukrainian moms can take their children back home and Ukrainian blood will be safe and can return to our home.”

You can find out more about Rebuild Ukraine and its efforts to help children traumatized by war at the organization’s website.