As temperatures plummet, Bethesda Hospital ramps up as shelter for those experiencing homelessness

What was a hospital is now a shelter for those experiencing homelessness.

“The homelessness issue has been magnified with the pandemic we’re currently in,” Keith Lattimore, Ramsey County’s director of Housing Stability, said. “And our goal is to provide an opportunity for those who are sleeping outside to transition inside.”

The county says there are about 892 shelter beds set up but approximately 300 people still living out on the street.

In all, there’s space for 168 people experiencing homelessness. But it’s split up into sections. In one part of the building, 100 men. In another, 68 men and women, who are symptomatic or have tested positive for COVID-19. 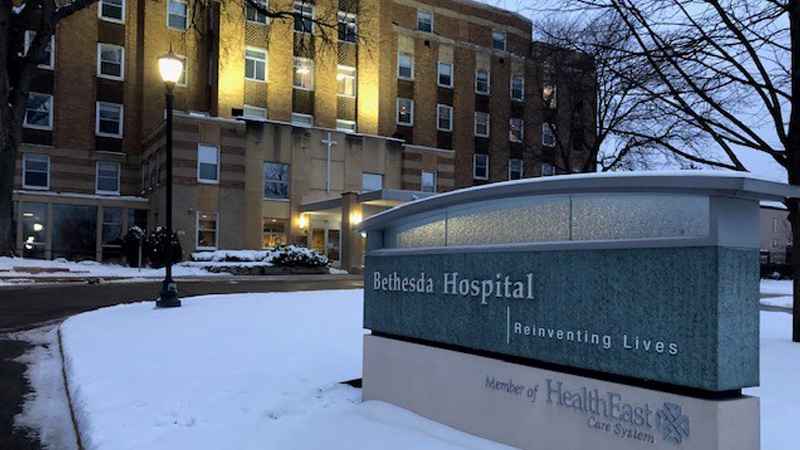 “There’ll be one main entrance for the shelter, and a separate entrance if there are people coming in for COVID respite,” Ramsey County Commissioner for District 3, Trista MatasCastillo, explained. “The weather dropped drastically cold last week, and we had folks move inside already.”

So far, about 50 people have moved in.

It’s part of Ramsey County’s stated goal of finding indoor facilities for those 300 people who would otherwise be enduring sub-freezing temperatures in the elements.

And then, sadly, there are the no-shows.

The county says some of the unsheltered choose to come inside, but many have not shown up, even when rooms are prepped and ready to receive them.

“I think there is a safety issue, obviously for those who are outside,” Lattimore said. “Basic needs, human needs with being warm, a place for showers and being able to eat three meals a day.”

Besides the cold and COVID, fires in encampments have been a cause for concern.

KSTP’s Jay Kolls spoke earlier this month with Missy, who lost everything when her tent caught fire at a Kellogg Boulevard encampment.

“Yes, I do want to be somewhere safe and warm,” she said.

Kolls asked her if she felt encouraged by the openings of Bethesda Hospital and two other facilities.

“Encouraged, maybe,” Missy said quietly. “It just depends what services are offered, and what long-term things are going to keep people off the street.”

The county is now leasing the hospital from M Health Fairview for $1.2 million over the next 18 months.

But getting to this point hasn’t been easy.

“The neighborhood didn’t take that very well,” said Johnny Rios, who lives close to the hospital property. “I was deeply concerned.”

Rios and others pushed back against an initial plan to make Bethesda a “low barrier” shelter, where people could walk in off the street.

There were concerns about property values and safety.

But after feedback from the community, changes are now in place.

According to the county, that includes ramped-up security and limited access.

“There’s security being provided on-site, 24 hours a day, seven days a week,” MatasCastillo said. “And security on the grounds.”

“There’s obviously a large concern with the community, is making sure people are safe and that the community is safe,” Lattimore added.

As a “step-up” facility, residents must undergo a screening process, including staying at another shelter for seven days — without getting into trouble.

“Someone has stayed at another shelter successfully for seven days and they’re moved to Bethesda for longer-term wrap-around services and housing,” MatasCastillo said.

Rios, who works at a nonprofit that provides shelter in the community, said there are monthly meetings planned with the Capitol Area Architectural and Planning Board as well as M Health Fairview to discuss any incidents at the hospital and how to better communicate.

He added that hotline numbers have been set up so residents can call about something happening on their property, or if they witness anything occurring on the hospital property.

Lattimore said security will be increased as more people move into the hospital.

“We want to make sure first that people are safe,” he said. “As we would want our own family members or anyone who may have fallen on hard times, or who, for various reasons, are not inside as we speak.”

The hope is to find a home for everyone — especially during the harsh winter months — and begin the process for a more permanent solution.

“Our goal is really to stabilize them long-term and get them permanent housing,” MatasCastillo declared. “We are working really hard to go upstream and get more affordable housing online, and supportive housing and traditional housing so that we can move people out of shelters and into a permanent solution for housing.”