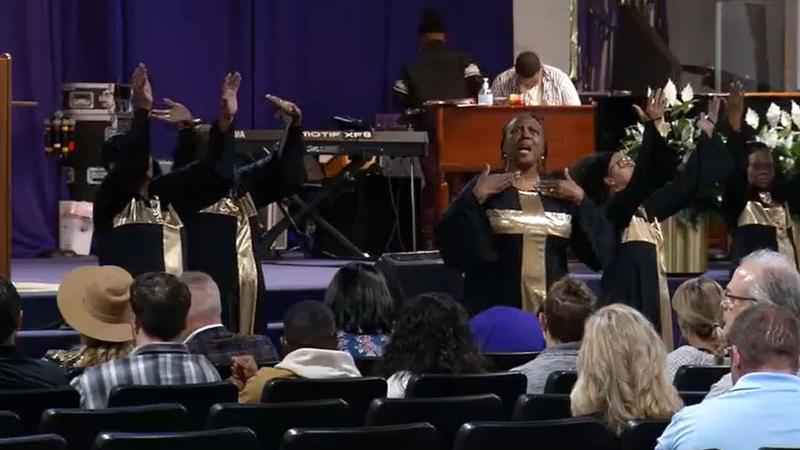 Shiloh Temple is celebrating its 90th anniversary and is already looking ahead to creating a better future.

The church has been a community hub as faith leaders tackled increased violence on Minneapolis’ north side.

Some church members credit the church for keeping them on the right track.

Pickens walked through Shiloh Temple’s doors over two decades ago.

Pickens said becoming a member of the church shaped his life, inspiring him to give back.

“Bishop Hall became a father figure to me. I served here in the church and all the things that I do now in the community is because of my work that I did here at the church,” Pickens said.

“We don’t have all the answers, but we certainly have a presence to make a difference in lives,” Bishop Richard Howell said.

Howell has been the pastor of Shiloh Temple International Ministries since 1980. His grandparents founded the church in Minneapolis.

“It’s exhilarating, mixed emotions. I think about the church when it first began in the 1930s,” he said.

Fast forward to 2021, Howell said the church evolved and planted new seeds in the community.

Most recently taking on a new task aiming to reduce violence on the north side of Minneapolis.

"It’s going to take time. This is one of the hardest issues we’ve had to face,” he said.

The 21 Days of Peace initiative kicked off in May. It’s an effort created by faith leaders to get guns off the streets and make neighborhoods safer.

Howell said having a presence in the community sets a foundation for change.

“Reach out to those that are disadvantaged, reach out to the outcast and marginalized. I don’t care who they are. We’ve got to have a deeper compassion for them,” Howell said.

In order to keep up with changing times, he explained churches have to find new ways to engage with the community.

He says Shiloh Temple will keep up the momentum and work toward a better future.

“That 90 years is wonderful, but what good is it if we fail in year 91? It was good in the past, but we’re not talking about the past now,” he said. “We got to go forward and continue to be just as vibrant and effective as we were over the past 90 years.”