The canister of tear gas that careened off the cement outside the Minneapolis Police Department’s Third Precinct was the cue for Ana Maria Gelhaye.

It was two days after the death of George Floyd and one day before a mass of rioters would charge the precinct and burn it to the ground.

A Facebook video shows a crowd across the street just before 7 p.m., their hands up in the air, chanting “I can’t breathe” as officers watched from the rooftop.

But within 10 seconds, before Gelhaye could start treating burning eyes and before the crowd even had time to disperse, an officer fired a rubber or foam bullet, striking the 29-year-old directly in the right eye. 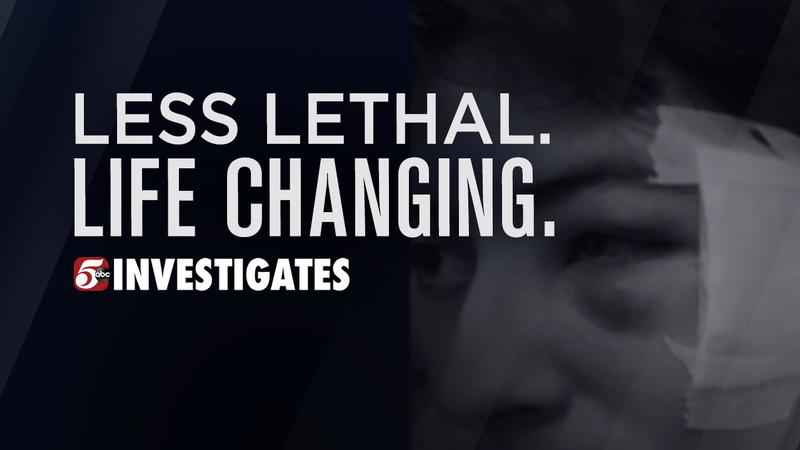 “I was certain that I had lost my eye,” Gelhaye said, as she relived the encounter more than a year later.

That round, which police call a less-lethal munition, was one of more than 4,000 fired at protesters and rioters in the days after George Floyd’s death, according to new data obtained by 5 INVESTIGATES.

The numbers, which have not been previously reported, offer the first look at the scale of force used on the crowds that took to the streets — something police say was absolutely necessary as businesses were looted and buildings were set on fire.

But it’s also likely a dramatic undercount because multiple agencies said they lost track of how many rounds were fired due to the unprecedented chaos of the unrest.

A spokesperson for the Minnesota State Patrol said the riots were “of such magnitude that keeping track was impossible during the response to restore order.”

In court filings, Minneapolis City Attorney Jim Rowader also seemed to suggest the scene was too chaotic to track who fired what and at whom “given the situation that was facing the officers at the time.”

To date, 12 lawsuits have been filed against Minneapolis Police or the State Patrol, accusing dozens of officers of using or approving excessive force during the protests and riots last year.

Only three have been identified in court records.

“My expectation is that there is documentation of who was where and when,” said Theresa Nelson, legal director for the Minnesota Chapter of the ACLU, one of the groups suing the city for its use of less-lethal force.

More than a year after the incident, Gelhaye still doesn’t know who actually pulled the trigger.

“My face was completely covered in blood. I’m clutching my eye, screaming for help, just completely shocked,” Gehlaye said about the moments after she was hit with the less-lethal round.

Doctors told Gelhaye she will never see normally again out of her right eye. She now wears an eye patch as needed and suffers from regular headaches and other pain associated with the injury.

In the lawsuits, Gelhaye and other protesters who suffered significant injuries are pushing to distinguish what they describe as their “peaceful” and lawful activities from the violence and destruction caused by rioters.

Nelson argues there was “much more violence aimed at people who were not engaged” in destruction.

“That’s why we have courts,” he said.

Heal said the use of less-lethal force is necessary during widespread riots — similar to what occurred in LA following the Rodney King video, and again in Minneapolis following the video of George Floyd’s death. But he acknowledges the acceptance of that level of force has changed.

“We’re being chastised for using the same devices that we’ve been using for 25 years,” he said. “We don’t have a better solution.”

Heal added that officers are trained to aim for the lower extremities and headshots are forbidden.

But back in May, 5 INVESTIGATES reported on what doctors described as a “disturbing trend” of head injuries after analyzing local hospital records during the protests.

“The results from our research shows that right now, these injuries are unacceptable,” said Dr. David Darrow, one of the University of Minnesota doctors who conducted the research, which was published in the New England Journal of Medicine.

The United Nations is now warning police agencies that shots to the head are more likely to occur if officers are firing “from the air or an elevated position,” such as the top of a police precinct.

“It had been apparent that it was the officers on the roof that had been shooting any of the projectiles that came out that evening,” she said. “So that’s where I know it came from.”