The test strips were legalized in Minnesota last year when the state decided to remove them from the category of “drug paraphernalia.”

The Minnesota Department of Health told 5 EYEWITNESS NEWS these strips “provide people who use drugs with important information about presence of fentanyl in the illicit drug supply.”

An MDH spokesperson said nearly all syringe services programs in Minnesota are now offering fentanyl test strips and education about how to use them.

Steve Rummler HOPE Network got its first shipment in September 2021 and has since ordered a total of 100,000 test strips. 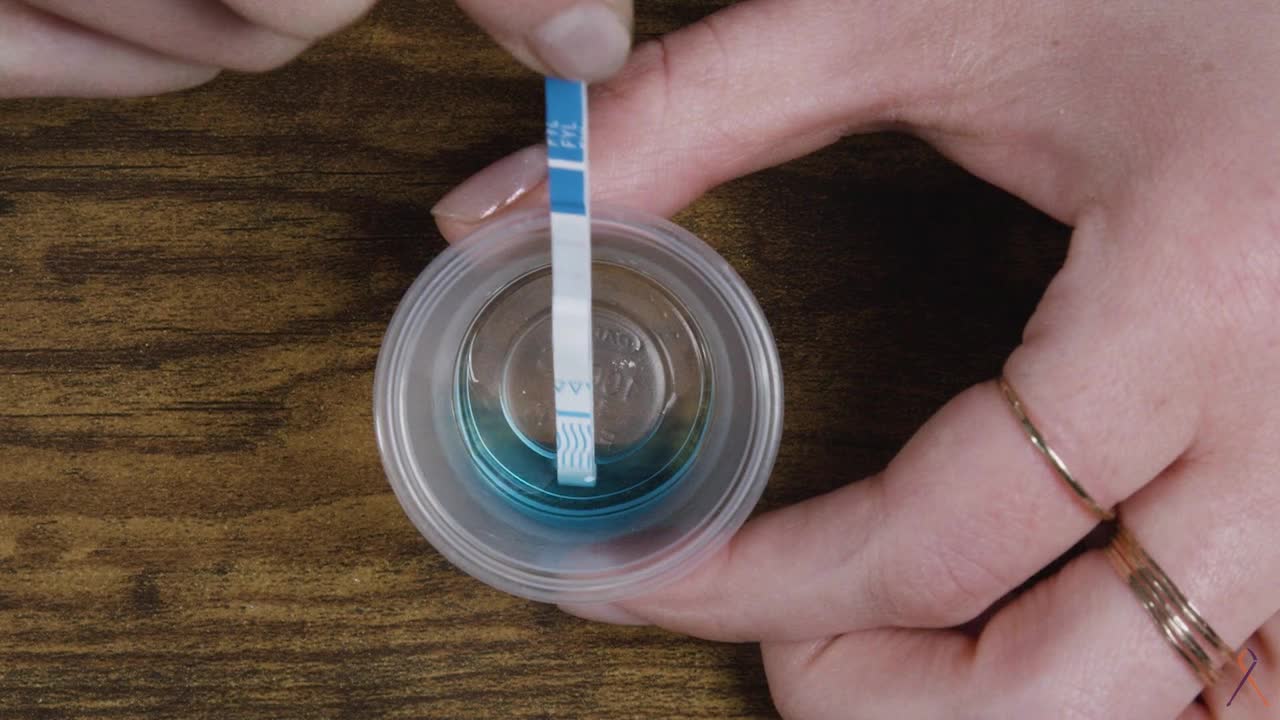 A fentanyl test strip is shown during a demonstration on Thursday, Oct. 6, 2022. (KSTP)

They offer them for free at 90 nalaxone access sites across the state and will also mail them to Minnesotans who request them.

“Fentanyl’s in everything, and it’s a real realization people are coming to,” House said. “If you’re taking a substance that wasn’t prescribed to you, you are at risk of potentially having fentanyl in it and therefore overdosing and dying.”

Fentanyl is a synthetic drug at least 50 times stronger than morphine and is being added to other street drugs without people knowing.

“We’ve so far had people say they’ve tested MDMA and found fentanyl in it, cocaine, methamphetamines, opioids. There really isn’t much I can think of that isn’t showing positive results for fentanyl these days,” House said. “We had a woman in Lake Elmo who messaged us and said she tested her Adderall and, in fact, it came back positive.”

According to MDH, the number of drug overdose deaths in 2021 was the highest annual number ever recorded in the state with an average of four people dying every day. It also marked a 22% increase from the year before, with fentanyl playing a role in the increase.

Fentanyl test strips resemble a pregnancy test and can detect fentanyl in a substance within minutes.

“The truth is one time can kill you, so consistently knowing what’s in your substance and taking preventative measures is really going to be the ultimate way that we can prevent more of these deaths,” House said.

Ables said she overdosed on heroin in Minneapolis several years ago.

“I made a deadly choice, and it was really scary,” Ables said.

She has been sober for the past 18 months and now does street outreach to people experiencing addiction, in the hopes of raising awareness about resources that are available in Minnesota, such as fentanyl test strips.

“It’s just an opportunity for someone to stay safe. I think it’s going to be huge. It’s going to be huge because if you have knowledge, it’s power, right?” Ables said. “At the end of the day, you have to err on the side of caution for your own life.”

The Minnesota Department of Health provided this statement:

The use of these strips to detect the presence of fentanyl is associated with various behavior changes aimed at reducing overdose, including not using alone and having naloxone (a medication used to reverse an overdose) available, using slow and using smaller amounts, or using in other manners that may be less likely to cause overdose.