As Cattle Barn celebrates 100 years, many thrilled to be part of Minnesota State Fair for first time

The Minnesota State Fair is full of many traditions, some decades old, while other vendors hope 2021 is the start of new ones.

"I was born and raised on a dairy farm," said Austin Henning, a farmer from Adrian.

The Cattle Barn building is celebrating 100 years after it was built in 1920.

"All throughout the fair, you can find cattle here, beef and dairy," said Jill Nathe, the deputy general manager of agriculture and competition at the fair. 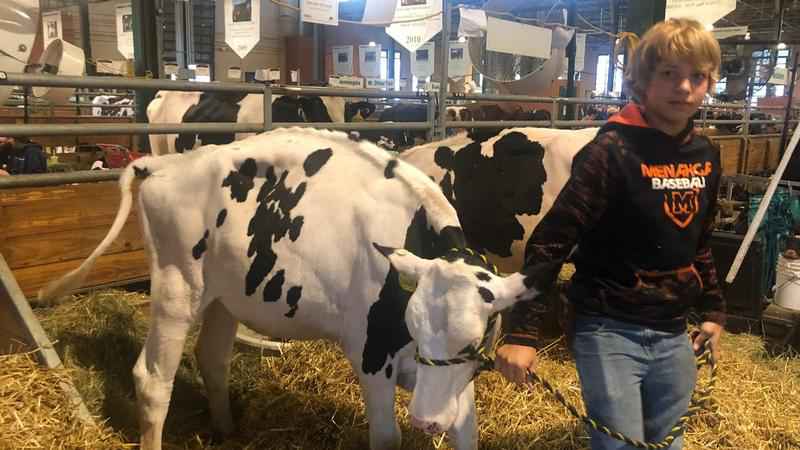 Nathe says they would’ve celebrated the 100-year anniversary last year but, of course, the pandemic canceled the fair.

Along with hosting national livestock shows, the building served as an airplane propellor plant during World War II.

"When they came in, they had to tear down a lot of pieces to put in this giant machinery," Nathe said.

"Not very many people know that so it’s kind of cool," Henning said.

Farmers like Henning are proud to visit such a historic building.

"I get to show a bunch of people my cows and teach them about them. It’s fun to see all the people that don’t see them every day," Henning said.

Most vendors don’t have a century of experience at the fair under their belt.

"Just been waiting for this opportunity for many years," said Dawn Nelson, owner of Alpaca Connection Imports.

Nelson business is based out of Bloomington and has a store at Mall of America. They work with artisans from Peru to create handmade, one-of-a-kind products.

"Nothing better than warm alpaca products in the winter," Nelson said.

But they didn’t have much time to prepare for the fair. They only found out they got in for the very first time less than two months ago.

"Oh my gosh, I was so excited, my family just jumping up and down, high-fiving each other," Nelson said.

From decades of experience to those learning on the spot, both Nelson and Nathe agree it’s a thrill to be a part of something so special.

"Great year to ease into this business and the state fair, not overwhelming," Nelson said.

"The best part is the community that’s in there," Nathe said.